Columbia River Inter-Tribal Police Department (CRITPD) is the law enforcement arm of the Columbia River Inter-Tribal Fish Commission (CRITFC). CRITFC is a tribal organization wholly owned and governed by four sovereign treaty tribes: the Yakama Nation, the Nez Perce Tribe, the Confederated Tribes of the Umatilla Indian Reservation, and the Confederated Tribes of the Warm Springs Reservation of Oregon.

CRITFC was formed in 1977 to provide coordination, management, enforcement, and technical services. It assists the member tribes’ efforts to maintain the integrity of the fishing rights reserved in their 1855 treaties with the United States government.

CRITPD’s primary mission is to provide law enforcement services as a component of the tribes’ rights to self-governance and self-regulation. The enforcement team protects the fishery resource and the tribal members exercising their treaty rights. CRITPD consists of patrol officers, dispatchers, victim advocate, and administrative personnel. Officers are Oregon-certified and serve as an extension of tribal law enforcement. They hold commissions from all four CRITFC member tribes, the Bureau of Indian Affairs, the State of Oregon, and some counties in Washington.

CRITPD officers’ duties are similar to those of other conservation officers. Officers inspect catch, gear, identifications, and fishing sites. This can range from a simple contact to a full investigation using high-tech surveillance equipment. Officers provide general assistance on the Columbia River to anyone during times of need, including search and rescue during severe weather conditions or emergency situations. CRITPD officers provide police services to the 31 tribal fishing sites, other tribal lands along the Columbia River, and patrol the Columbia River between Bonneville and McNary dams, a 150-mile stretch of known as the Zone 6 fishing area.

CRITPD officers carry out all enforcement and protective patrols by foot, vehicle, and boat on the Columbia River (Oregon and Washington shores) and its environs. They also patrol at the In-lieu and Treaty Fishing Access Sites. Officers are expected to achieve and maintain the Oregon Department of Public Safety Standards and Training (DPSST) requirements as well as meet all CRITPD requirements and qualifications. Officers are required to reside within 30 minutes of the enforcement offices in Hood River or Boardman, OR. 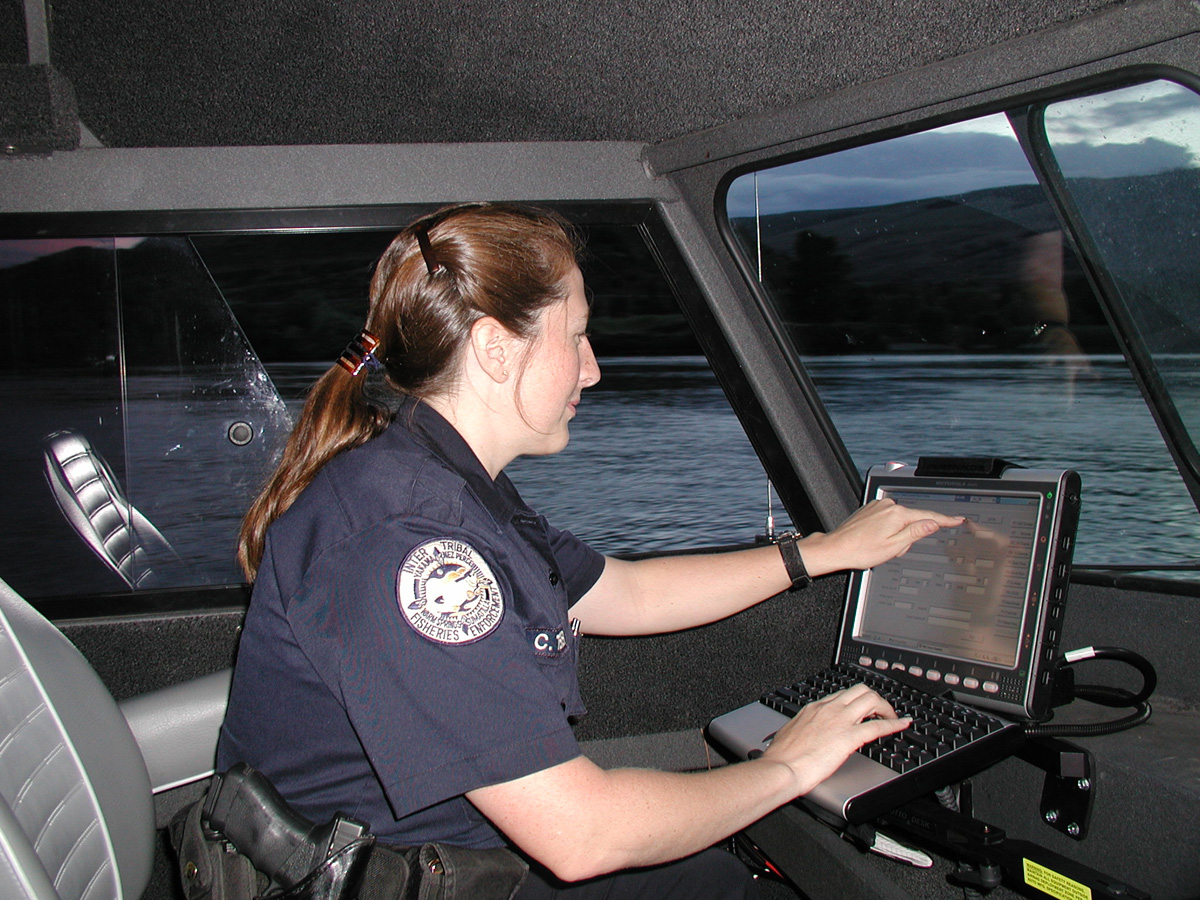 A CRITFC officer on a boat patrol. The boats are equipped with state-of-the-art communications and safety equipment.