Visit the Facing Climate Change website for more information about this video.

Considerable efforts have been made in the Columbia Basin to develop strategies to protect and restore populations of salmon, Pacific lamprey and other imperiled coldwater fish, but most of these efforts have generally not addressed climate change. Climate change is expected to significantly alter the ecology and economy of the Pacific Northwest during the 21st century. Rising air temperatures are expected to decrease snowfall and increase rainfall during the winter months, leading to shifts in the timing and quantity of runoff, including increased flooding during the winter when water is already in ample supply, and decreased flows during the summer when water demands are high.

Water quality will also be impacted, including increased sediment delivery from winter storms and higher summer water temperatures. Salmon and Pacific lamprey will be particularly susceptible to these changes to water quantity and quality because they rely on freshwater rivers and streams as spawning and rearing habitat and as migration corridors. Their survival is already imperiled by an accumulation of other detrimental synergistic factors such as an increase in aquatic contaminants.

Increased insect outbreaks, wildfires and changing species composition in forest and upland areas are other expected effects, posing challenges for adequate ecosystem health. These changes will have significant impacts on freshwater fisheries, hydropower production and the water supply for agriculture and municipal uses.

Solutions to save salmon in a changing climate

Tribal and CRITFC staff are addressing the effects of climate change on fisheries and water resources, as well as other natural and cultural resources, by developing mitigation and adaptation tools for the tribes to implement on a local, regional and national level for the next seven generations. Member tribes are also participating on regional and national scientific forums and working on implementing policies and strategies to address climate change impacts.

During the past fifty years, the Columba Basin tribes have made incredible strides in the federal courts toward protection of environmental/cultural resources. There are more and more opportunities for the tribes to participate and integrate traditional knowledge in regional forums addressing climate change issues with the state, federal and local agencies and to make tribal concerns a major focus based on these precedents. 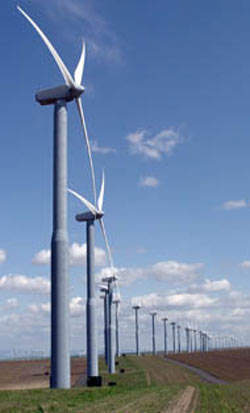 Tribal culture is at its most fundamental a culture of place. The plants, animals, indeed the very land itself defined the tribal inhabitants living on it. It shaped their languages, diets, societies, and religions. They viewed themselves as a part of the interconnectedness of nature, and strove to live by that understanding. Despite modern society’s beliefs and actions to the contrary, everything is still very much interconnected. Today the planet is faced with the grim results of forgetting this simple truth, and only through cooperation, openness, and sharing do we have any chance at finding a solution.