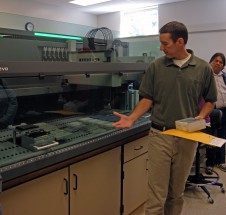 Lab Director Shawn Narum showing one of the newest pieces of lab equipment. This machine can automatically evaluate nearly 800 samples of genetic material per load.

CRITFC’s genetics program began in 1999 after member tribes began seeing the role of genetics in fisheries research and management increase. It was in 1999 that CRITFC and the University of Idaho entered into an agreement that established a working relationship and collaborative research program for the research and training in production, supplementation, life history and recovery of salmon, steelhead and native fishes of the Columbia Basin. Also out of this partnership was born a state-of-the-art genetics lab built with funds from the University of Idaho and CRITFC.

The Hagerman Fish Culture Experiment Station is a 13,000 square foot facility that houses six analytical laboratories to explore fish genetics and pathology, a 5,500 square foot wet lab to study fish diet and production, and a tissue archive to store fish samples from around the Pacific Northwest for future DNA testing. The current facility was dedicated on September 14, 2006 and took two and a half years to build.

The Hagerman laboratory continues to develop strong and influential programs in the field of conservation, population, and ecological genetics/genomics. Since 2002, work at the Hagerman lab has resulted in more than 40 peer-reviewed publications and presentation of research at numerous scientific conferences and workshops. (See technical reports for more details.)

In addition to these general areas of research, specific projects are underway to assist with tribal needs such as evaluating genetic diversity of lamprey and sturgeon in the Columbia River Basin. 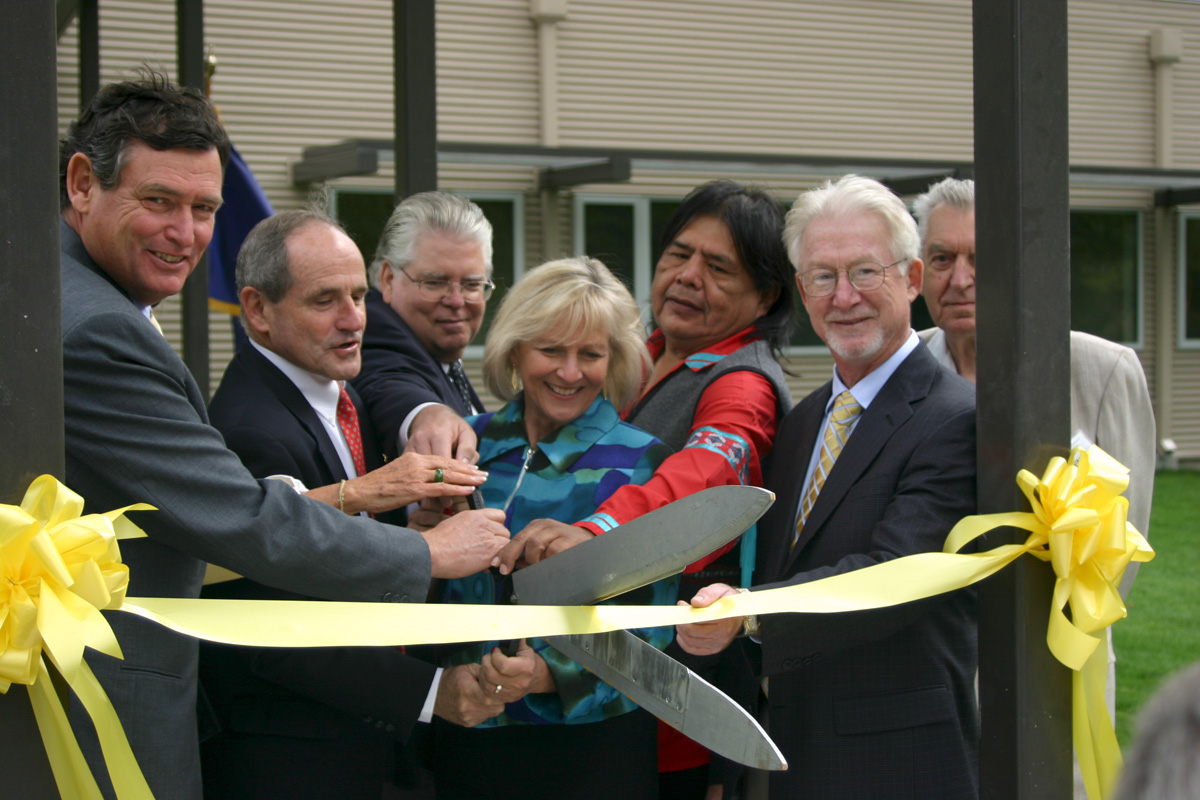 The dedication and ribbon-cutting ceremony was attended by tribal leaders, University of Idaho representatives, and Idaho Governor Jim Risch.

To provide a better understanding of the laboratory techniques involved in the genetics analyses and the inferences that can be made from the results, CRITFC has organized a series of Genetics Training Workshops.