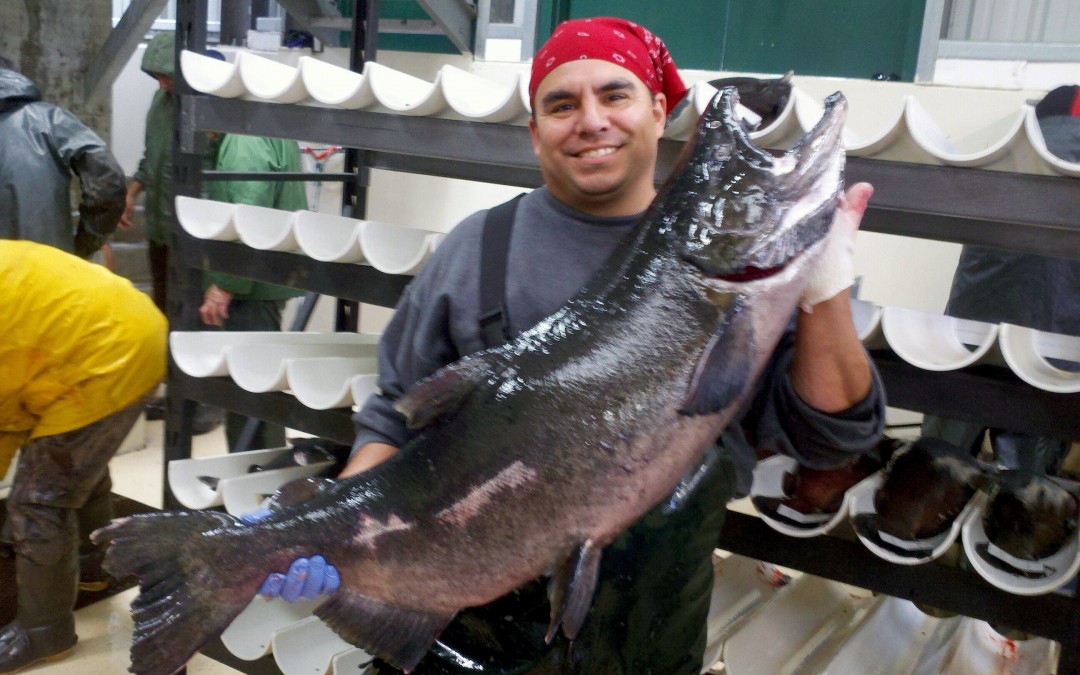 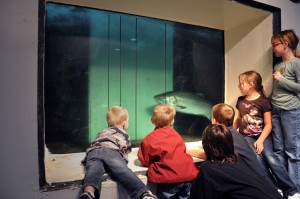 Columbia River salmon restoration efforts reached another milestone when the 2015 fall chinook run set a new passage record at McNary Dam. The 4,672 chinook that passed on October 13 pushed the total number of fall chinook to 456,043 fish that have passed over McNary Dam so far this year. This broke the previous record for the 61-year-old dam, set in 2013, of 454,991. The fall chinook that pass McNary Dam continue on to the Hanford Reach, the Snake River, and the Yakima Basin. Their success is the result of a variety of factors and human efforts. This year’s fall chinook enjoyed excellent ocean conditions and good migration conditions. They also benefitted from the Vernita Bar Agreement—a long-standing effort to protect water flow in the Hanford Reach, tribal supplementation efforts that are restoring fall chinook populations in the Snake River Basin, harvest management actions on the Pacific Ocean and mainstem Columbia, and strong collaborative efforts to improve habitat. “Reaching this milestone is something that the region can truly celebrate,” said Paul Lumley, Executive Director of the Columbia River Inter-Tribal Fish Commission. “The success of this fall chinook run reflects the region’s commitment to healthy salmon runs and the collaborative spirit that has made it possible. While we can celebrate this year’s return, our protection and restoration work will continue. The lessons the region has learned in achieving the success we’ve seen so far will help us address upcoming impacts such as the predicted El Niño this winter and the long-term effects of climate change.” 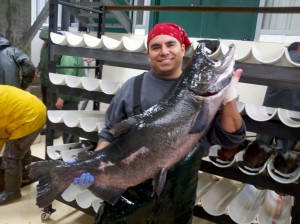 Nez Perce Tribal Hatchery Manager, Aaron Penney with a fall chinook that was spawned as part of the tribe’s supplementation program.

This year also brought good news for the fall chinook returning to the Snake River. This run was listed as threatened under the Endangered Species Act back in 1992. Since then, thanks to intensive restoration efforts by the Nez Perce Tribe, their numbers have rebounded. This is evident by the 55,610 fall chinook that have passed Lower Granite Dam so far this year, which is the second largest cumulative return to that dam to date. Daily fish counts, cumulative totals, and comparison graphs for all Columbia and Snake mainstem dams with fish passage are available here.