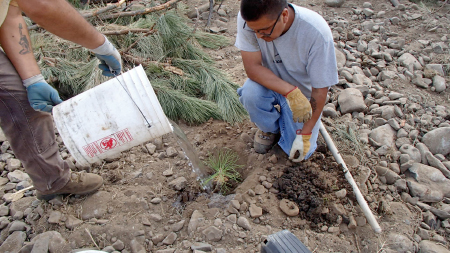 Willy Dick Creek, a tributary of Toppenish Creek, has four miles of available steelhead spawning habitat. The creek only produced an average of four ESA Middle Columbia River steelhead redds per year between 2006 and 2011, with a maximum of fourteen redds in 2010. Through implementation of a barrier removal and floodplain enhancement project, Yakama Nation staff have realigned Willy Dick Creek’s channel with its historical pathway and enhanced numerous habitat features that will allow for further development and sustainability over time. This has been done by altering the existing dike, removing a culvert that blocked fish passage, and planting native vegetation along the creek. 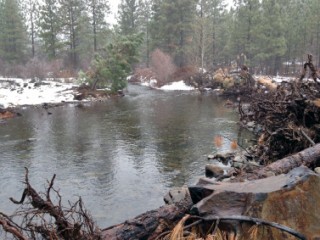 Now fish will be able to take advantage of backwater areas for rearing habitat. The restored channel meanders, which encourages nutrient exchange and cycling, and allows woody debris to build up, creating habitat complexity which provides adult and juvenile refuge from predators and spawning, foraging, and rearing habitat. The former channel was converted to backwater channel habitat and graded to prevent fish stranding.  The site is located in an area forecasted to experience less snowpack and more precipitation in the form of rain.  Therefore, climate change is making water storage at this site increasingly essential to overall stream and ultimately fish health. 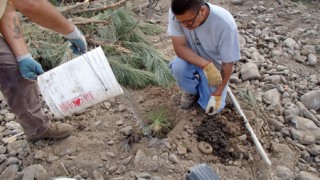 “The cool part of this project is that it required very little engineering. We simply helped the creek return to its former alignment and are letting the stream reach equilibrium and build on itself. I anticipate seeing steelhead redds within the project reach as early as this year. Over time, more pools and riffles will form which will add needed habitat for rearing and foraging juvenile fish, and spawning habitat for adult fish,” said project manager Ryan DeKnikker, Yakama Nation Fisheries. The project was funded under the Pacific Coastal Salmon Recovery Fund through NOAA Fisheries, the Bonneville Power Administration, and the US Fish and Wildlife Service.

Removing barriers to fish passage are the highest priority identified in the 2009 Yakima Steelhead Recovery Plan. The project site is entirely located on Yakama Nation tribal trust land. The use and management of the land is governed and managed by the Yakama Nation.