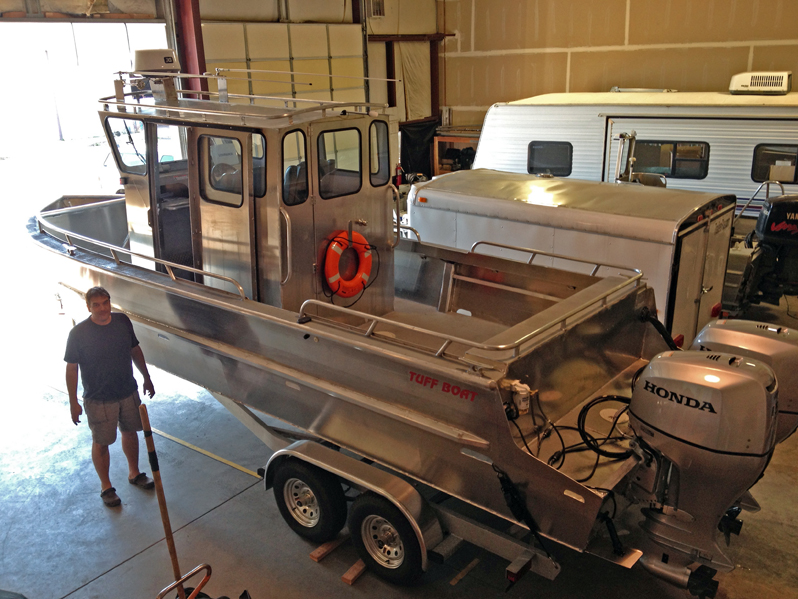 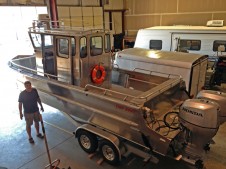 CRITFC Fish Biologist John Whiteaker next to CRITFC’s new research vessel. To give an idea of the size of the boat, Whiteaker is 6′ 5″.

The CRITFC Fish Science team recently received delivery on a new research boat. It is 26 feet long and 8½ feet wide. It has two 150 horsepower motors. The boat was purchased with Bonneville Power Administration funding made available through the Columbia Basin Fish Accords. The vessel will be used primarily on sea lion-related projects for the next few years. These projects include abundance surveys to estimate how many sea lions are in the river, sea lion observations, and sea lion hazing. In the future, the boat will be used on other research projects stretching from the Columbia River estuary at Astoria all the way up to the end of Zone 6 at McNary Dam. Future projects that the new boat will be used on are acoustic fish tracking in the Zone 6 pools and juvenile salmon surveys in the lower river and estuary.