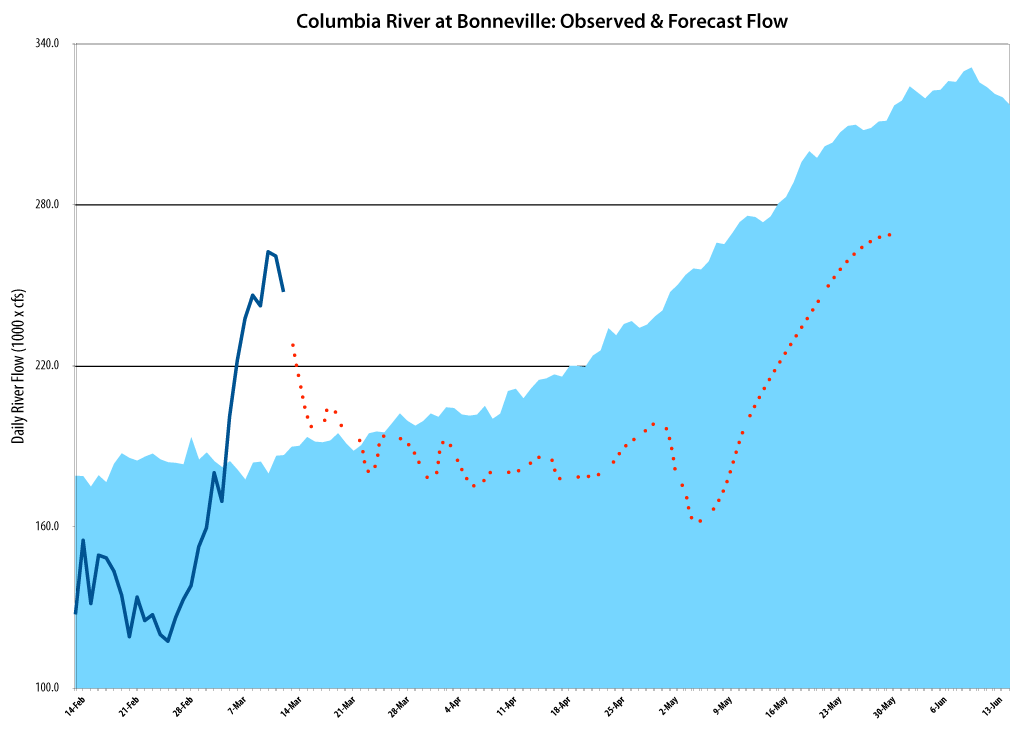 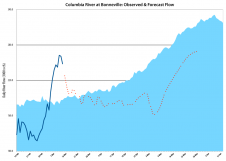 The dark blue line is the actual river flow observed so far this year. The red dotted line is the predicted river flow. The light blue area is the 10-year river flow average.

The annual spring snow pack melt is called a freshet. Freshets help flush salmon smolts downriver quickly, but also make it dangerous for fishers out on the water and along banks. CRITFC monitors river conditions throughout the year and works to predict when and how large the freshet will be. This year, river flow is predicted to increase in early May, reach its peak (flow will be fastest) in early June, and then slowly recede through the end of June. The size and timing will be near normal, making it favorable for both juvenile and adult migrating salmon. Models predict river flow will be 103% of normal.

Columbia Basin weather conditions have been very dry since last June. The normal moist air flow returned on Feb. 6 with a big snow storm. This helped catch up low snow packs throughout the region. The greatest improvements were in the Washington Cascades (90-110% of normal) and north Idaho (90-175% of normal). The Oregon Cascades (25-75% of normal) and central Oregon are troublingly low.