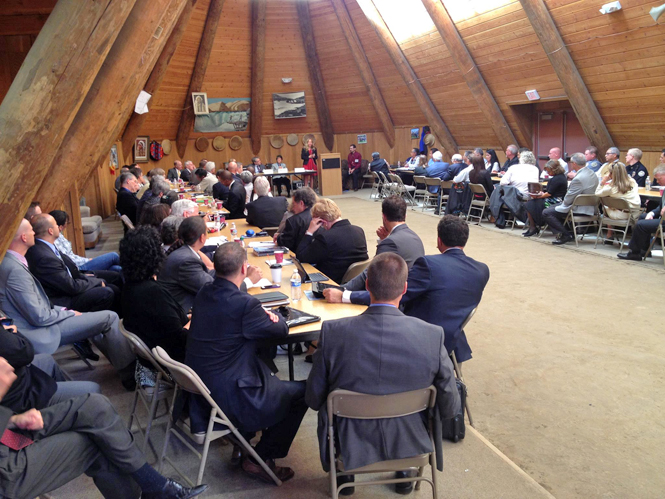 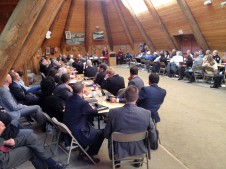 A gathering of US Attorneys at their meeting in the Celilo Longhouse.

An historic meeting of United States Attorneys from throughout the country took place at Celilo Village on Sept. 18. The group consisted of the 2013 Attorney General’s Advisory Council Native American Issues Subcommittee. Amanda Marshall, United States Attorney for the District of Oregon, was instrumental in bringing this group to the Columbia River.

At the meeting, former CRITFC Enforcement Chief Davis Washines was honored with a lifetime achievement award by the four United States Attorneys for the Oregon, Western Washington, Eastern Washington, and Idaho districts.