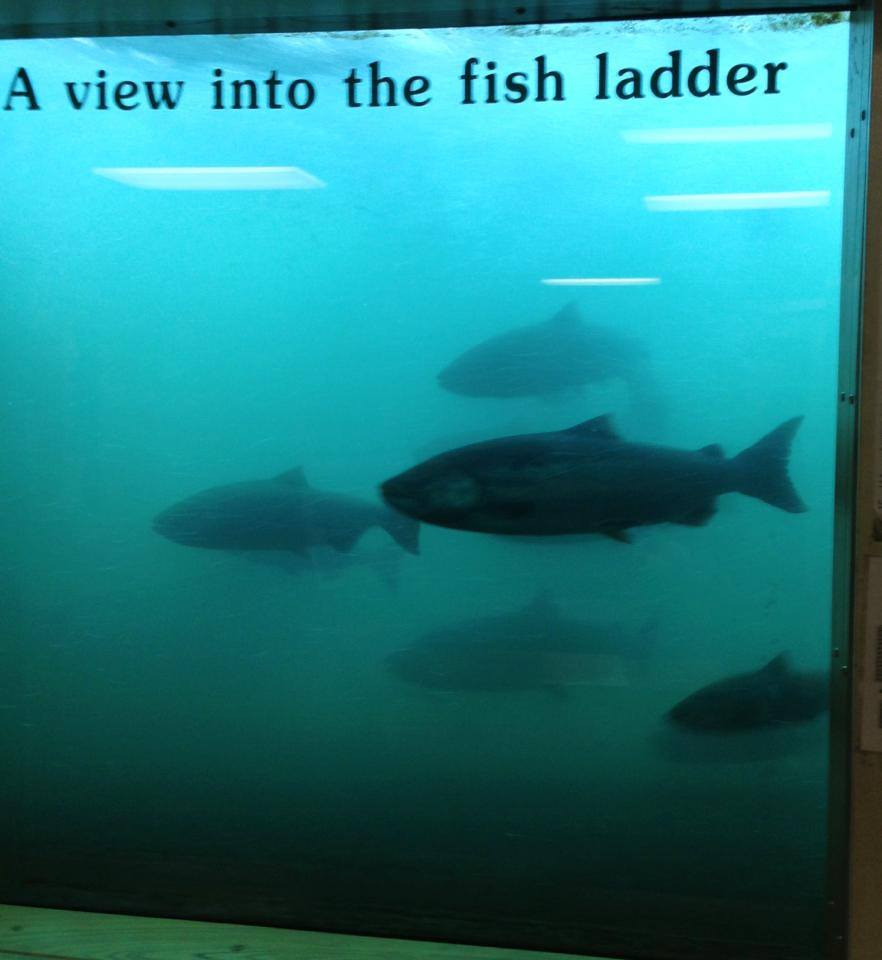 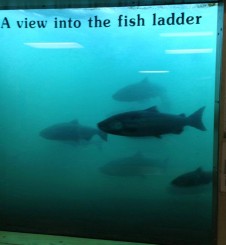 A group of salmon making their way through the Bonneville fish ladder.

Back in the 1970s, salmon runs were declining so quickly that there was a real worry that they would go extinct in some areas. In 1980, only 470,000 salmon passed Bonneville Dam—and that’s adding up chinook, sockeye, and coho. In 1995, the tribes released the groundbreaking salmon restoration plan Wy-Kan-Ush-Mi Wa-Kish-Wit, which addressed salmon restoration solutions throughout the entire lifecycle—from gravel to gravel. Armed with this plan, the tribes went to work and right away there were signs of recovery.

This year’s fall chinook run is the latest sign that the tribes’ efforts are having a big impact on the health of salmon throughout the Columbia River Basin. This run has broken the record for the most fall chinook passing in a single day (almost 64,000!). The total number of fall chinook passing for the year is already a record high since Bonneville Dam was built, and the run isn’t even over.

This year’s return is in large part due to the wise guidance of tribal leadership and the dedication of the hundreds of tribal fisheries employees who have poured their hearts and souls into the effort of restoring salmon. Thanks to their efforts, we hope returns like this year’s will become the norm rather than the exception.

This year’s run is certainly cause for celebration, but we still have plenty of work to do. The recent fish consumption advisory is a reminder that the Columbia River isn’t the source of pure water that our ancestors enjoyed. The steelhead numbers are down and not all the tributaries are seeing the increased returns. The other chinook runs, steelhead, coho, and especially lamprey are still in need of all the efforts and resources we can give them.

Wy-Kan-Ush-Mi Wa-Kish-Wit has a goal of seeing 4 million salmon return to the Columbia River each year. We still have a long ways to go to reach that number, but seeing so many fall chinook swimming past the Bonneville Dam fish counting window gives us a lot of encouragement to keep up the work.