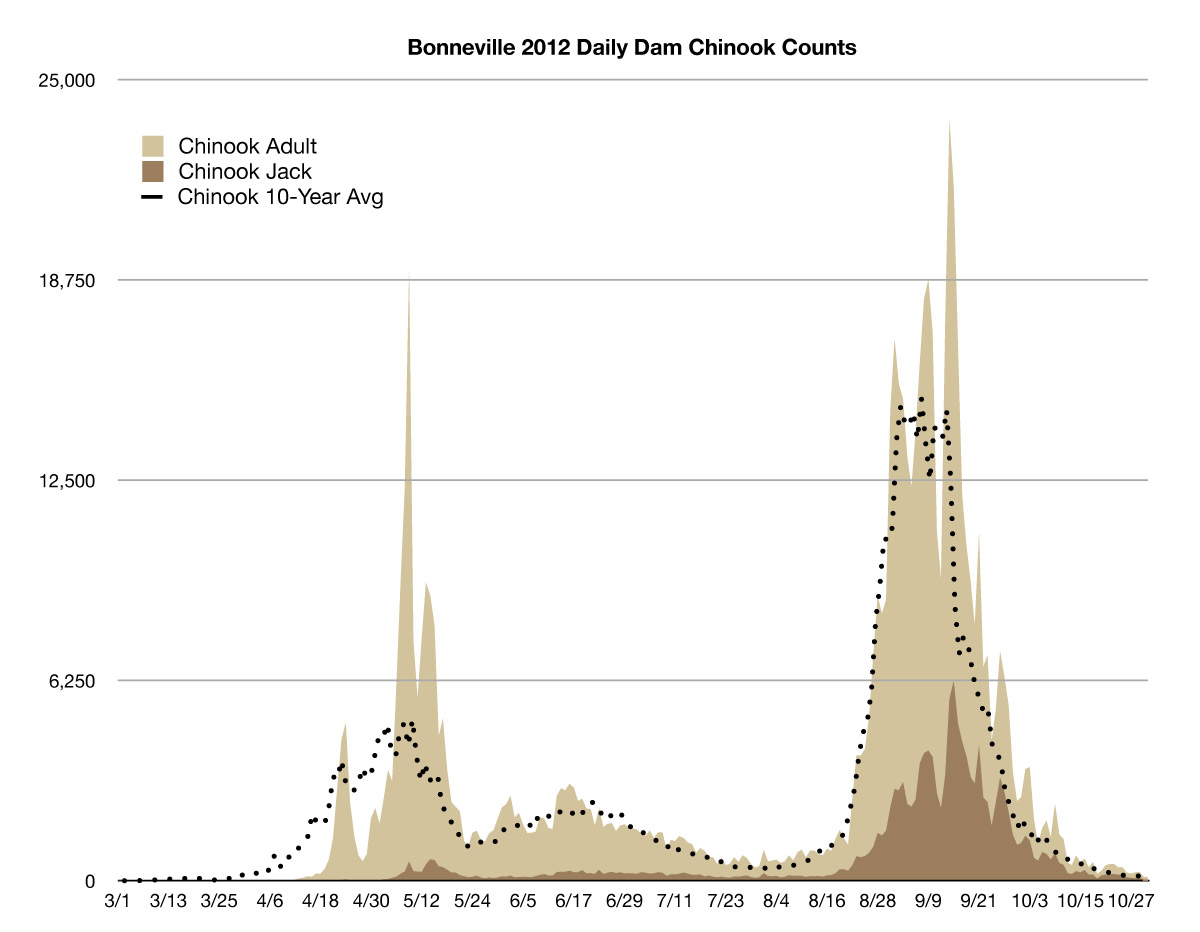 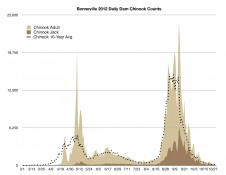 Summer steelhead returns were quite a bit below average for both total fish and unclipped fish. Their run timing was close to normal. 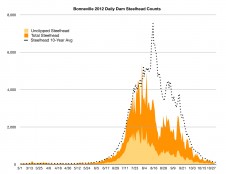 Sockeye enjoyed the largest total return since at least the construction of Bonneville Dam. The majority of fish were headed for the Okanagan. 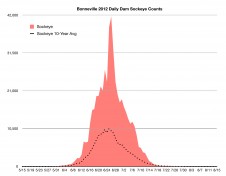 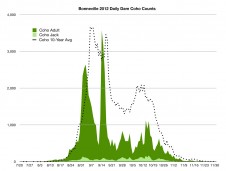