Treaties are legally binding contracts between sovereign nations that establish those nations’ political and property relations. Article Six of the United States Constitution holds that treaties “are the supreme law of the land.”

Treaties between Indian tribes and the United States confirm each nation’s rights and privileges. In most of these treaties, the tribes ceded title to vast amounts of land to the United States in exchange for protection, services, and in some cases cash payments, but reserved certain lands (reservations) and rights for themselves and their future generations.

Indian treaties have the same force now as on the day they were signed. Like the Constitution and Bill of Rights, treaties do not expire with time.

The trust relationship between Indian tribes and the United States government is well established in law. The reserved rights of the tribes have been litigated many times, even going before the Supreme Court on several occasions beginning in 1905.

What is a treaty?

A treaty is a contract, a binding and legal agreement, between two or more sovereign nations.  By signing treaties with Indian tribes, the United States acknowledged tribal sovereign status. When the architects of the American government created the Constitution, they explicitly recognized that treaties are the supreme law of the land, along with the Constitution itself.

What promises did the United States make in the treaties?

In return for the vast Indian holdings and resources, the United States made certain promises:

It is important to remember that these promises were made in honor. Also, they were, and still are, legally binding upon the U.S. by the 6th Article of the U.S. Constitution.

What does “trust responsibility” mean?

Tribes have a unique status in the American system of government. They are neither foreign nations, nor exactly like states.  Tribes are distinct political communities, defined in law as “domestic, dependent nations.” In its 1831 Cherokee Nation v. Georgia decision, the Supreme Court described the obligation of the United States to tribes as that of a guardian to his wards. Subsequent court decisions have made it clear that the agencies of the federal government are to be held to the most stringent “fiduciary” (trust) standards. With respect to salmon, it cannot be said that federal agencies have always met their trust responsibilities.

What is the citizenship status for tribal members?

Tribal members have dual citizenship. They are subject to tribal laws and authorities and can exercise sovereign rights reserved at the time their treaties were enacted.

All tribal people, since 1924, have also been citizens of the United States, subject to its laws and authorities, privileges and rights. Many tribal members have particularly distinguished themselves in wars the United States has participated in. In general, tribal people exhibit great respect for this land and their fellow American citizens.

It was partly in recognition of tribal people’s courage and valor in defense of this nation that American citizenship was bestowed, not as a replacement for but in addition to tribal membership.

Indians have been called supercitizens. Are they?

It is a common misconception that Indians have special rights because of their race. This is not the case. Indians as individuals do not enjoy any privileges or special rights. Certain rights, such as hunting and fishing, belong to various Indian tribes not because they are made up of Indians, but because they were sovereign nations who signed treaties reserving rights to self-government among other reservations and conditions.

Hunting, fishing, and gathering rights are known legally as usufructory rights and are property rights. Retaining rights to minerals on land when it is sold, or as in some states retaining the rights to frail for pecans or rights to air space after the land is sold, are all of a similar nature. Property rights such as these are enjoyed by us all and are not a special right of Indian people.

What rights do Indian tribes have to natural resources?

In their treaties with the United States, Northwest tribes not only reserved land for themselves but also the right to determine use of that land and its resources. On reservations, tribes set land use codes and regulate hunting, fishing, grazing, mineral development, and water use.

Tribal rights to resource use extend far beyond reservation boundaries. In the treaties, tribes reserved the rights to hunt, fish, gather roots and berries, and pasture livestock on non-reservation lands. Many places where tribes possess these rights are on ceded lands on the millions of acres they gave to the United States in exchange for reservations and other rights and guarantees embodied in the treaties. The tribes also retained rights to fish at “all usual and accustomed places” that lie outside the ceded areas.

Resource rights, together with tribal sovereignty and jurisdiction, are the basis for Indian cultural and economic self-sufficiency. 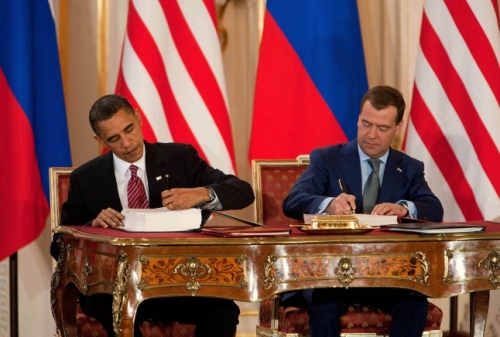 Treaties are formal, binding agreements between sovereign nations. The United States still enters treaties today, such as when President Obama and Russian President Medvedev signed a nuclear disarmament treaty in 2010.

Compilation of US treaties with Indian tribes US Constitution