The completion of lower Snake River dams in the 1970s as well as the construction of the Lookingglass Hatchery and weir in 1982, however, led to the extirpation of the native population of spring chinook in the watershed. Still Lookingglass Creek had relatively unaltered habitat that could support spawning salmon.

Bringing Fish Back to the Habitat

The loss of this population and the associated fishery prompted the Confederated Tribes of the Umatilla Indian Reservation to begin an effort to reestablish a spring chinook population in the watershed.

In 1992 the tribe began a reintroduction program. From 1992 to 1999, a non-endemic (non-local) Rapid River, Idaho stock with a history of hatchery domestication was introduced to reestablish a spring chinook population. The weir and trap at the hatchery and outmigrant trap allowed for precise monitoring of fish in and fish out. Intensive monitoring of natural production occurred throughout the 1960s, which provided benchmark productivity data for biological comparisons.

Performance measures for returning adults of the Rapid River stock were similar to the endemic stock across all metrics evaluated (redd distribution, spawn timing, adults per redd, outmigrants per redd, outmigration timing and survival, and parent/progeny ratios).

After objections from the National Oceanic and Atmospheric Administration (NOAA) Fisheries and rules prohibiting use of the non-local Rapid River stock, the Umatilla tribe was obliged to restart the reintroduction program with an inbasin stock. In 1999 the stocking of Rapid River juveniles ceased, and for the next several years the tribe had to block passage of all returning adults, causing the upstream population to again go extinct.

In 2001 the tribe reintroduced juveniles produced from a recently established Catherine Creek stock, a nearby Grande Ronde River tributary. In 2004 the first year that adults from the new Catherine Creek stock returned to the basin and passage of fish upstream was again permitted.

Beginning in 2007, the first adult progeny from natural spawning of the 2004 broodyear fish returned. Supplementation of the new population continues—using a mix of natural- and hatchery-origin broodfish—with the intent of promoting the creation of a naturalized Lookingglass stock.

Information acquired through the monitoring program permits performance measure comparisons of the new Catherine Creek stock, as well as the prior Rapid River stock, to the endemic fish (shown in the table below). These results and others indicate striking potential for success of hatchery reintroduction and supplementation programs for spring chinook.

(Outmigrants are juvenile fish counted as they leave their natal stream on their way to the ocean.)

Continued work will include a genetic evaluation of the productivity of progeny from captive Catherine Creek broodstock that spawn naturally versus those subjected to another “hatchery cycle” and used for broodstock in Lookingglass Hatchery.

Supplementation of the reintroduced population is successfully contributing to the maintenance and growth of the spring chinook in the Lookingglass Creek watershed. In fact, for the first time in decades, returns to Lookingglass Creek were strong enough in spring 2011 and 2012 to allow tribal and sport fisheries. The run size in 2012 was estimated at 1,700 fish, roughly the same as seen historically.

Download a print version of the Lookingglass Hatchery Success Brochure. 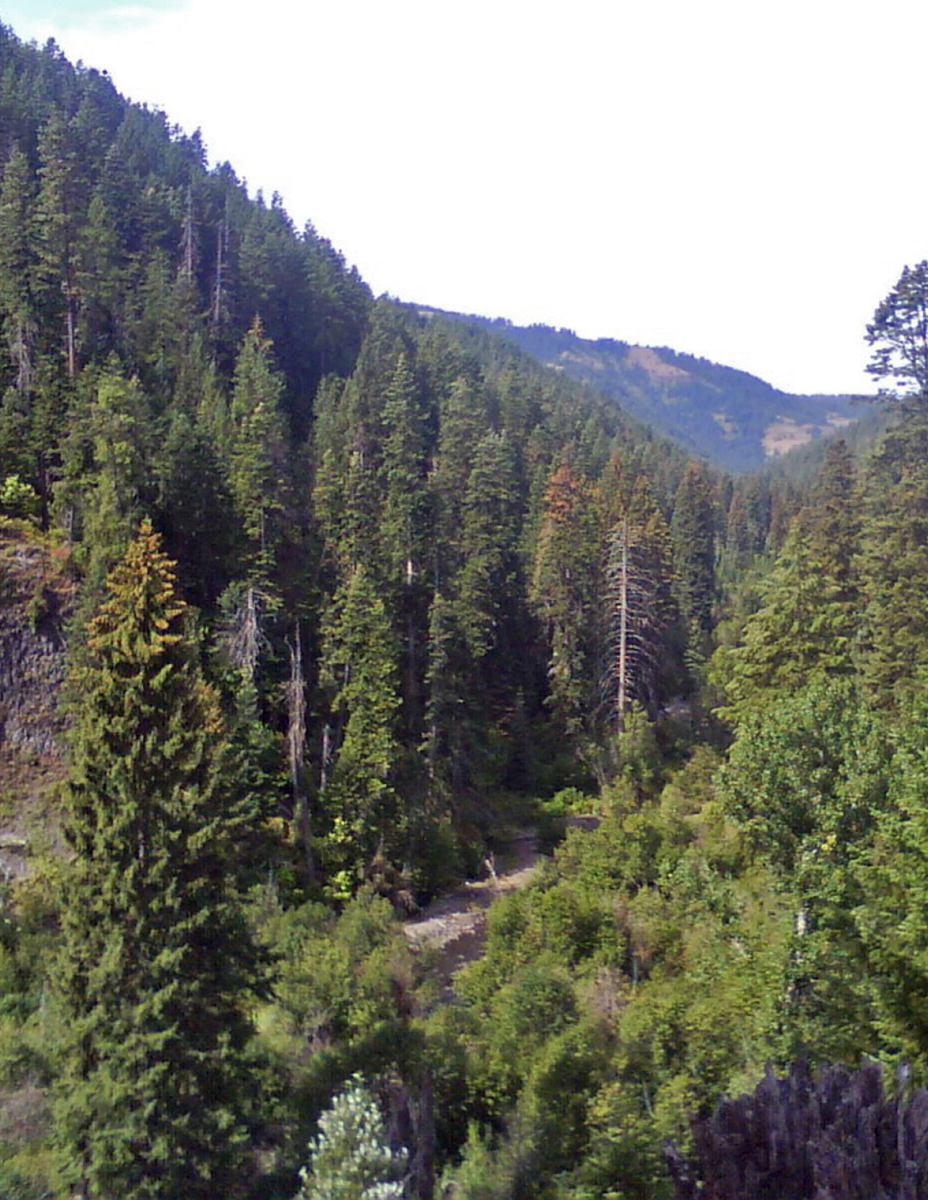 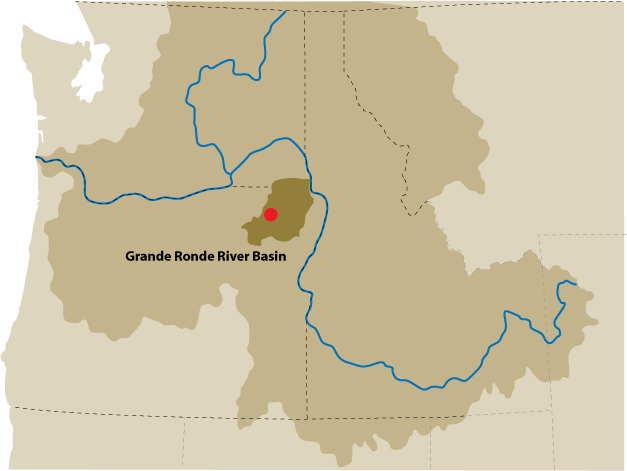 Lookingglass Creek is in the Grande Ronde River Basin. 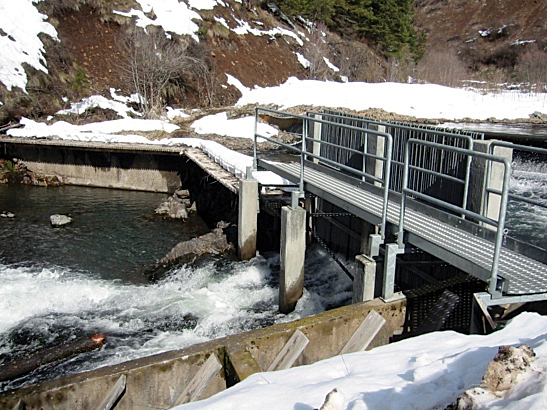 To maintain the genetic resources of the Lookingglass spring chinook stock, biologists collect adults throughout the entire run. 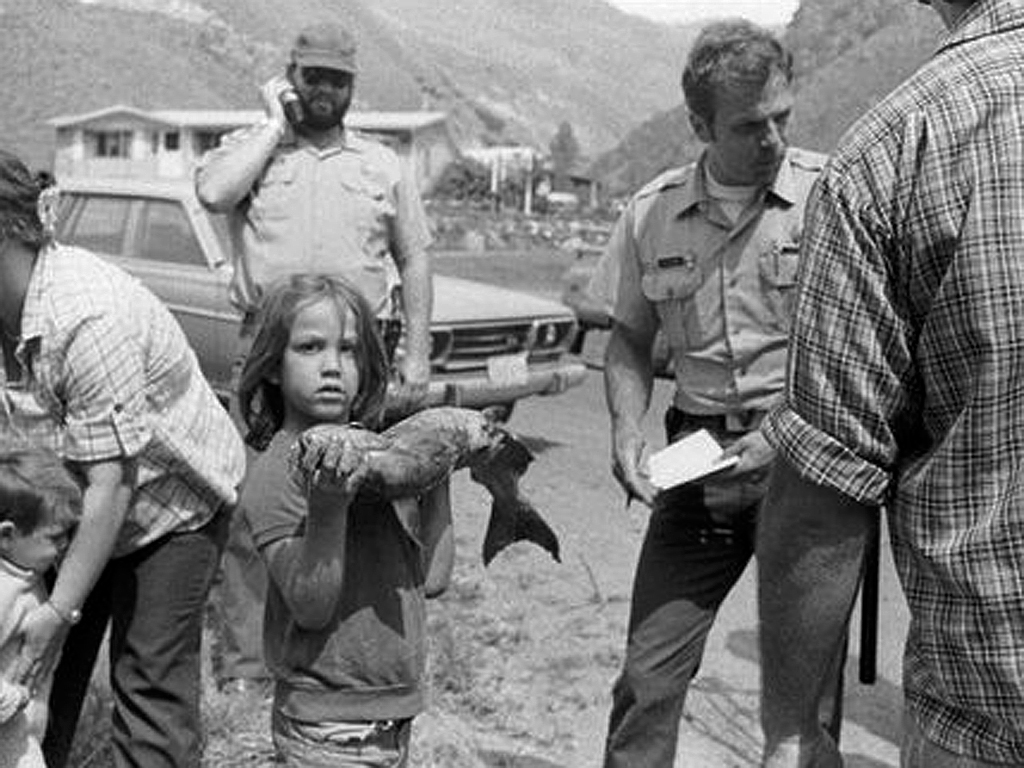 Rapid River spring chinook have a storied history. In 1980 Nez Perce tribal members fished for chinook in protest of a state fishing ban. Tribal members were ticketed (in the photo above, Jarrod Crow, an 8-year-old Nez Perce boy, is being ticketed), and the state posted armed guards at the treaty fishing site. After a prolonged trial, an Idaho judge dismissed all charges.

Download a print version of the Lookingglass Hatchery Success Brochure.