Researchers found hatchery-reared salmon that spawned with wild salmon had the same reproductive success as salmon left to spawn in the wild, according to a study of the Nez Perce Tribe’s Johnson Creek Artificial Propagation Enhancement Project. The study focused on a population of summer chinook whose natal stream is located in central Idaho, almost 700 miles upstream of the Pacific Ocean.

The Nez Perce Tribe began the Johnson Creek Artificial Propagation Enhancement Project in 1998 after tribal biologists observed critically low numbers of returning adult chinook to Johnson Creek, a tributary to the South Fork of the Salmon River. The stream is located in central Idaho, almost 700 miles upstream of the Pacific Ocean and eight large dams. By 1995 the number of spawning fish pairs in Johnson Creek had been reduced to five.

Adult return numbers are now consistently meeting the Johnson Creek project’s short-term abundance goal of 350 returning adults, with the project already returning more than 1,000 summer chinook adults in some years. A limited harvest will be allowed when the tribe reaches a goal of 6,900 adults returning to Johnson Creek. The long-term ecological return or escapement goal is 19,000 summer chinook. The Nez Perce Tribe believes that by continuing the careful work of the Johnson Creek Artificial Propagation Enhancement Project these goals stand a good chance of being met.

Supplementation Did Not Reduce Fitness of Wild Fish

The results of the Johnson Creek artificial propagation study refute a commonly held misconception and some previous research suggesting that interbreeding of hatchery-reared fish with wild fish will always decrease productivity and fitness of the wild populations. In fact, the Johnson Creek research demonstrates how supplementation programs are able to increase populations and minimize impacts to wild fish populations.

The study used DNA from all returning adults collected over a 13-year period to track parents and their offspring and to determine how successful hatchery fish were at mating in the wild when compared to wild fish. The study showed a clear boost to the number of adult salmon returning to the population from supplementation: Fish taken into the hatchery produced an average of nearly 5 times the number of returning adults compared to the fish that were left in the wild to spawn. A key finding of the Johnson Creek study was that a hatchery-origin fish spawning naturally with a wild fish had the equivalent reproductive success as two wild fish, suggesting that chinook salmon reared for a single generation in the hatchery did not reduce the fitness of the wild fish. Similarly, productivity of two hatchery fish spawning naturally was not significantly lower than for two wild fish.

The Johnson Creek study is only one example of several supplementation programs playing a significant role in the recovery of Columbia Basin salmon runs.

The tribes have argued that supplementation hatcheries are an effective restoration tool when they incorporate natural-origin fish as broodstock in their hatchery programs and place fish back in their natural spawning areas.

The Nez Perce and other tribes are convinced that hatcheries will be needed as long as dams exist on the Columbia River. If the region wants healthy and sustainable salmon returns, the goal, they say, should be wiser use of hatcheries. The results of the Johnson Creek study set a new benchmark to guide hatchery management in the Columbia Basin and in the region. 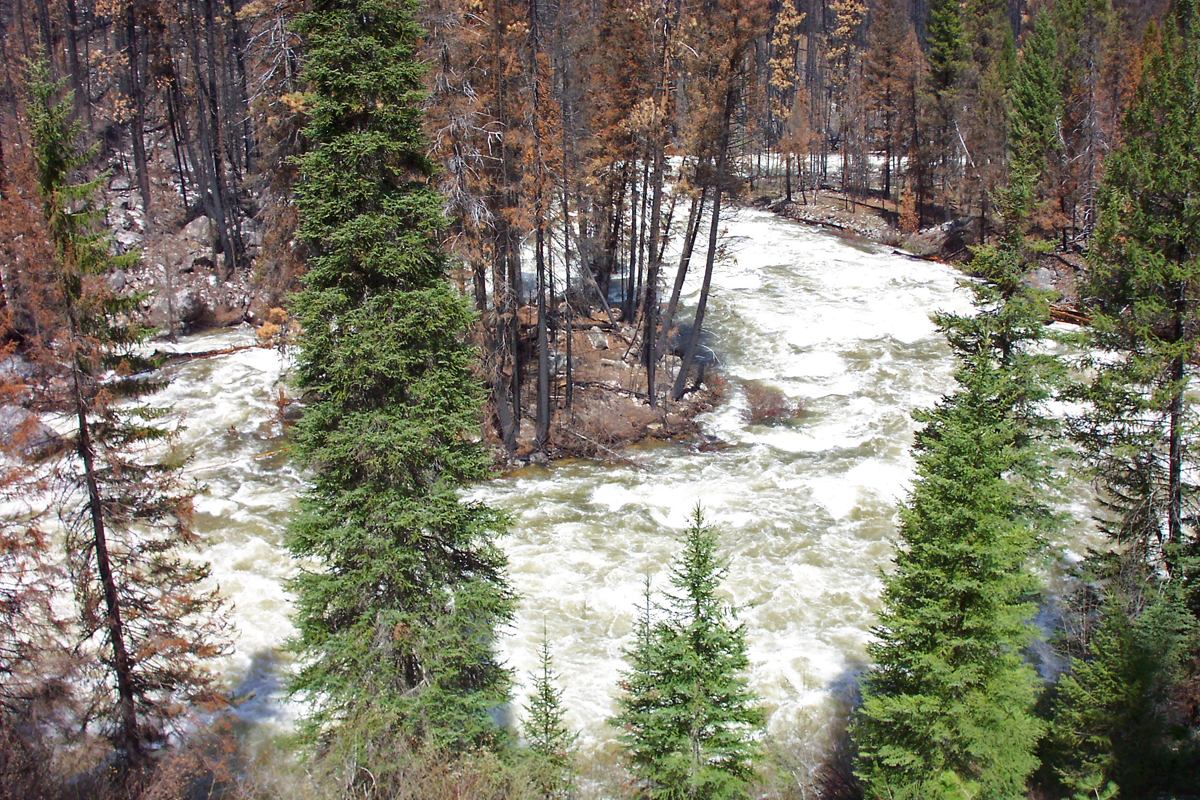 Johnson Creek during the spring runoff 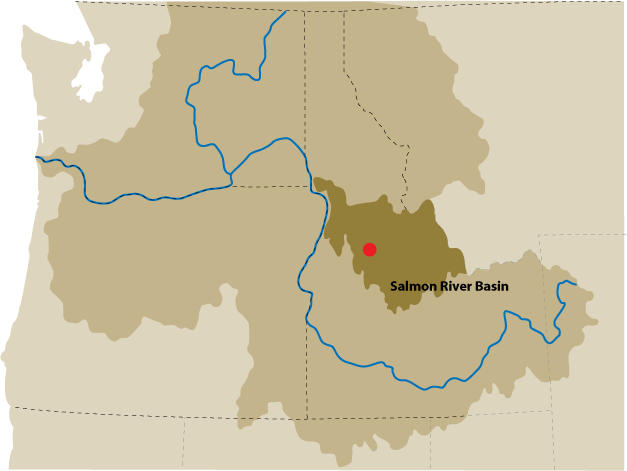 Johnson Creek is located at the red dot. 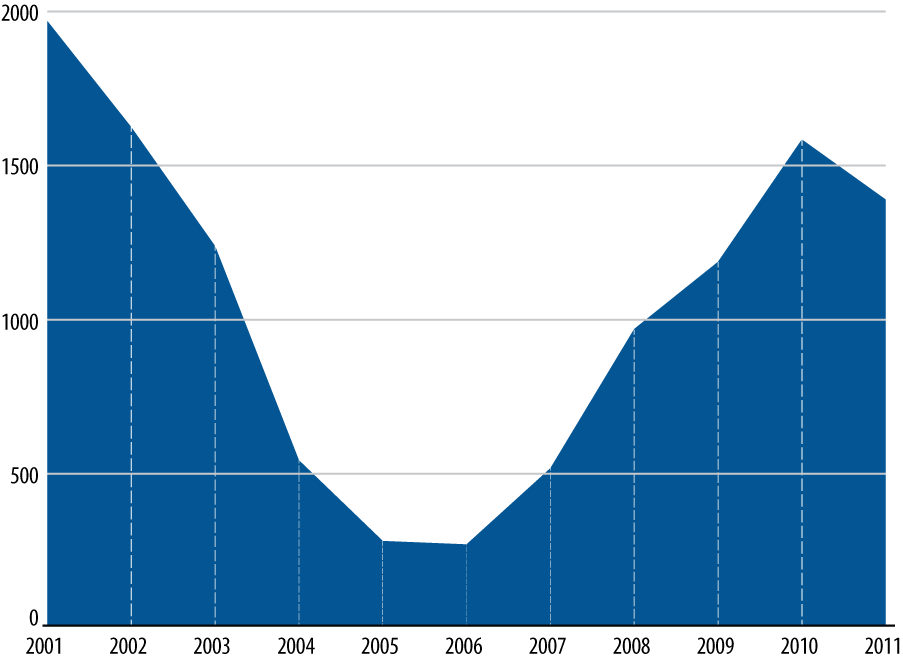 Total chinook salmon returns to Johnson Creek from 2001 to 2011. 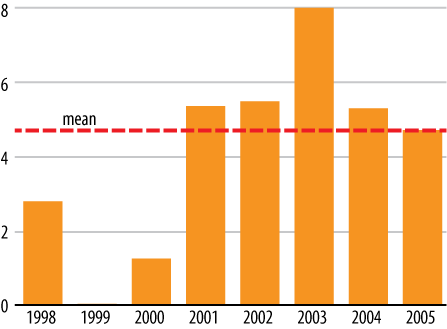 (7.1MB) In 2012, the journal Molecular Ecology published the results of the research conducted on the Johnson Creek Artificial Propagation Enhancement Project. The lead author on the study was Maureen Hess, a geneticist with the Columbia River Inter-Tribal Fish Commission. Scientists conducted genetic research at the Hagerman Lab, a project of the University of Idaho and CRITFC. The article is available online here.