Steelhead salmon are ocean-going rainbow trout. They are a solid gray until their skin darkens at spawning time. Occasionally, a reddish streak shows up on their sides.

Steelhead migrate to the sea throughout the year. Some migrate after their first year, but most wait until after two years. As the young go downstream, they pass adults moving upstream to spawn. Most steelhead return after two years at sea. More return in the summer than in the winter.

Winter fish spawn within one or two months. Summer fish may wait as long as six months. The female digs a huge redd, covering an area of up to 60 sq. ft. She will bury the eggs in up to a foot of gravel. The female will release from 200 to 9,000 eggs depending on her size and type of stock.

Unlike other salmon species, about 10 to 15 percent of steelhead don’t die after spawning. These steelhead that survive after spawning are called “kelts.” They can swim back to sea and return to spawn again. 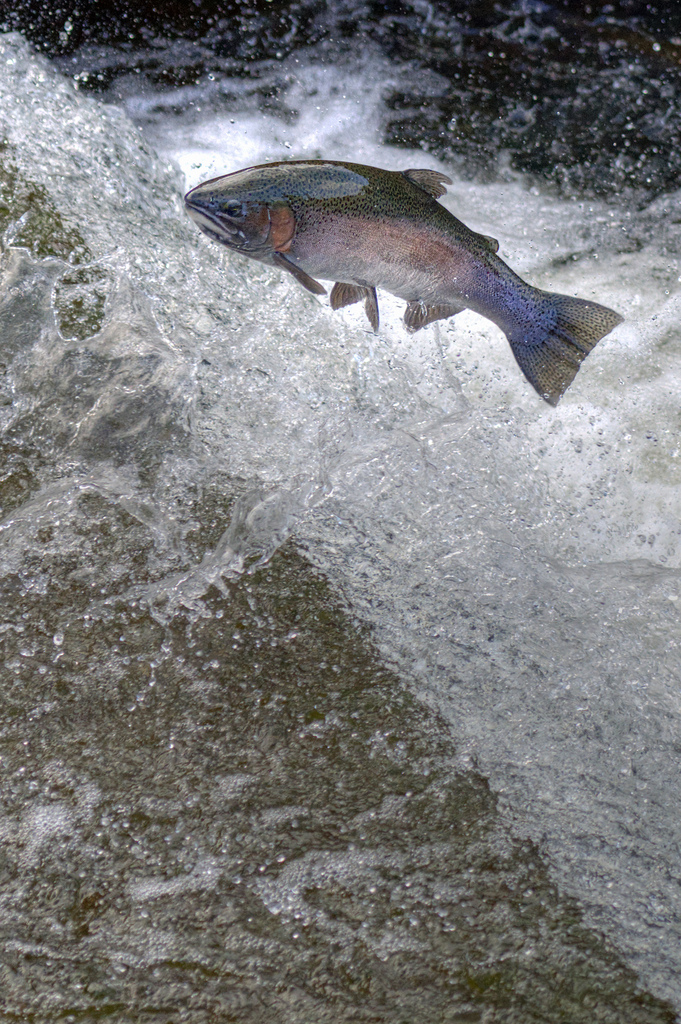 A steelhead migrating upriver to spawn has many obstacles to overcome, including waterfalls that require significant jumping skill. Photo by Christopher Lane.

Words of Our Elders

The inside of the skin of a steelhead is probably the best for making glue. This [glue] was used in the making of the bighorn sheep horn bow, which the Nez Perce were known for. —Allen Pinkham, Nez Perce