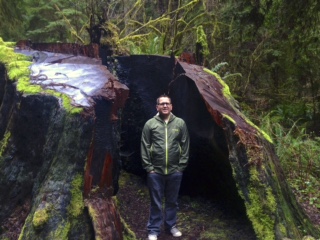 I started at CRITFC as a fishery technician in 2013. I spent three seasons on the Bonneville Stock Sampling project crew, and other various salmon sampling projects, until 2015, when I was hired as the Fishery Data Technician. Prior to working at CRITFC, I worked at the Nez Perce Tribe as a Fisheries Enforcement Dispatcher.