The spring snowmelt (or freshet) causes rising high water levels in the Columbia River and its tributaries each year. This condition helps get salmon smolts downriver quickly, but also makes it dangerous for fishers. CRITFC monitors river conditions and forecasts during the year. We inform fishers of the predicted timing and nature of the freshet to help improve their river safety. River flow is increasing now and will reach its seasonal peak by May 22nd then recede through June and July. River flow will be at its fastest (and dangerous) now through mid-June.

The NOAA-National Weather Service May 19th river spring-summer forecast for the Columbia River at The Dalles is at 103% of normal. This winter’s weather gave near-to-above normal mountain snowfalls and colder than normal temperatures. This means that the freshet will be about normal in timing and volume – giving favorable conditions for juvenile salmon migrating out to the ocean and for returning adults coming upriver. Coastal ocean conditions from Oregon to Alaska are expected to remain favorable in 2020 for salmon survival. 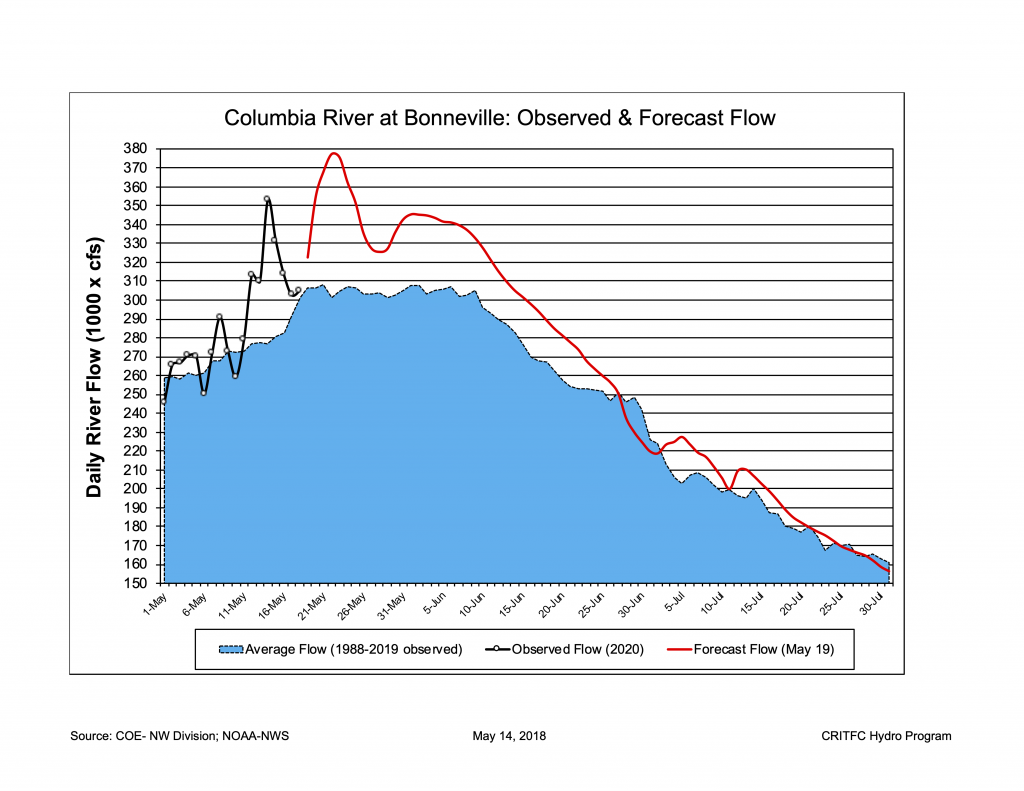