The new water year, which started Oct. 1, came in with much needed rain. New snowfall has been uneven, with stations are reporting 25-175% of normal totals.  This weather pattern is the start of a “La Niña” event where Pacific Northwest winters are colder than normal with more intense rainstorms and snowfall. NOAA predicts an 80-90% chance of La Niña this winter. This means that spring snowmelt runoff will be higher than normal and closer to its traditional timing. This runoff feeds the river flow which helps the fish migrate down the river and out to the ocean. Ocean conditions are more favorable for salmon survival during La Niña years.

The figure below shows the current state of the region’s snowpack. The Washington Cascades, Upper Columbia, and southern Idaho look favorable now.  Current snow levels are at 2000 feet. 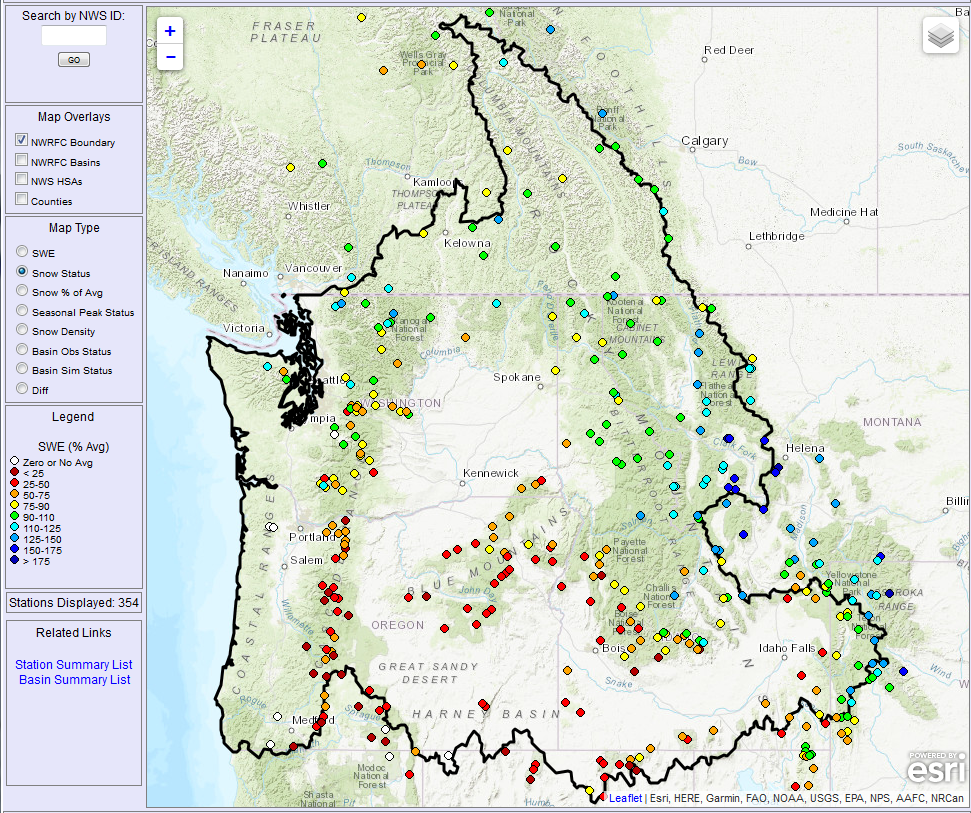 Snowpack, along with monthly and seasonal precipitation and current river flow, are the key components that are used to calculate the seasonal Water Supply Forecast. This forecast is used by water management agencies – U.S. Army Corps of Engineers, BPA, and the U.S. Bureau of Reclamation – to determine how much water is released for power, irrigation, and fish. The latest CRITFC water forecast is that the Columbia River at The Dalles will be at 104% of normal for the April-July runoff period. NOAA’s forecast is 95%.