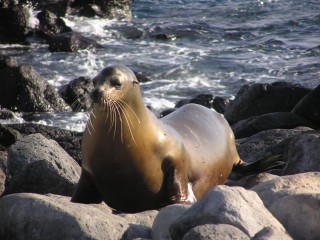 The Marine Mammal Protection Act of 1972 law prohibits, with certain exceptions, killing marine mammals in U.S.  waters and by U.S. citizens on the high seas, and importing  marine mammals and marine mammal products into the U.S.

Studies of scat samples collected in coastal waters and the Columbia River estuary indicate that salmon comprise 10 to 30 percent of the animals’ diet. Additional studies show the percentage of salmon and steelhead in sea lions’ diet increases as they move upriver. 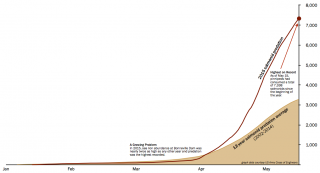 In the last decade, sea lions have learned to prey on spring runs of threatened and endangered adult salmon as they attempt to pass through the dam’s fish ladders.  During that time, an average of over 3,745 salmon per year has been consumed in the tailrace of the dam. Sea lion predation on endangered spring chinook salmon at Bonneville Dam is rising. In 2014 California sea lions consumed 4,746 salmonids immediately below Bonneville Dam. This number skyrocketed in 2015, doubling to over 7,000 salmonids being consumed by May 15. (Click graph at right to see details on how this problem has grown over the past decade.) Minimum predation estimates are based on daytime feeding observations. Actual consumption numbers are estimated at 20% of the returning run. The states of Washington and Oregon along with the Columbia River Inter-Tribal Fish Commission have implemented hazing activities to disperse sea lions below the dam. CRITFC has secured funding under the Columbia Basin Fish Accords that will support hazing and abundance and predation estimation efforts until 2018. 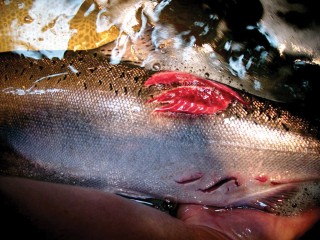