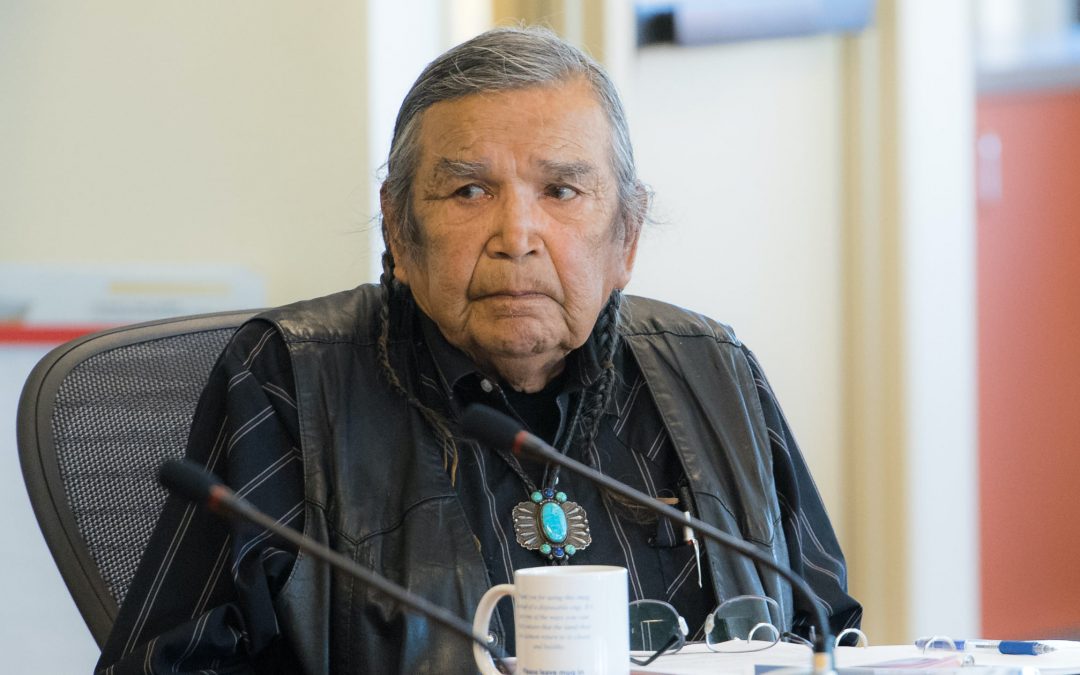 The Columbia River Inter-Tribal Fish Commission mourns the loss of our elder and Commissioner atway Johnny Jackson after his recent hospitalization due to COVID-19.

Jackson was Chief of the Cascade Band of the Yakama and represented the Yakama Nation at CRITFC with steadfast passion and determination. He spoke from his heart, particularly when it involved the River People who call the banks of the Columbia River home. His insights, experience, wisdom, and perspective were forged in the decades of his unrelenting stance to have promises fulfilled and to overcome the hardships endured by the River People as they struggled to retain their connection to salmon and their right to fish for them.

At the Commission’s intertribal table, Jackson’s voice offered a constant reminder of the deep traditions that connect the tribes to the land, water, and salmon and the raw wounds still felt from the loss of Celilo Falls—where he fished as a young man—and the hundreds of tribal homes, villages, and businesses displaced by dams. His dedication and tenacity has been and will continue to be an inspiration for his people, his fellow commissioners, and the CRITFC staff.

CRITFC’s Executive Director, Jaime A. Pinkham, stated “It is difficult to imagine the Columbia River without Johnny Jackson living by its side. I will miss his friendship and humor, yet he left us valuable lessons often delivered in his trademark candor that we must never forget and we must never give up.”