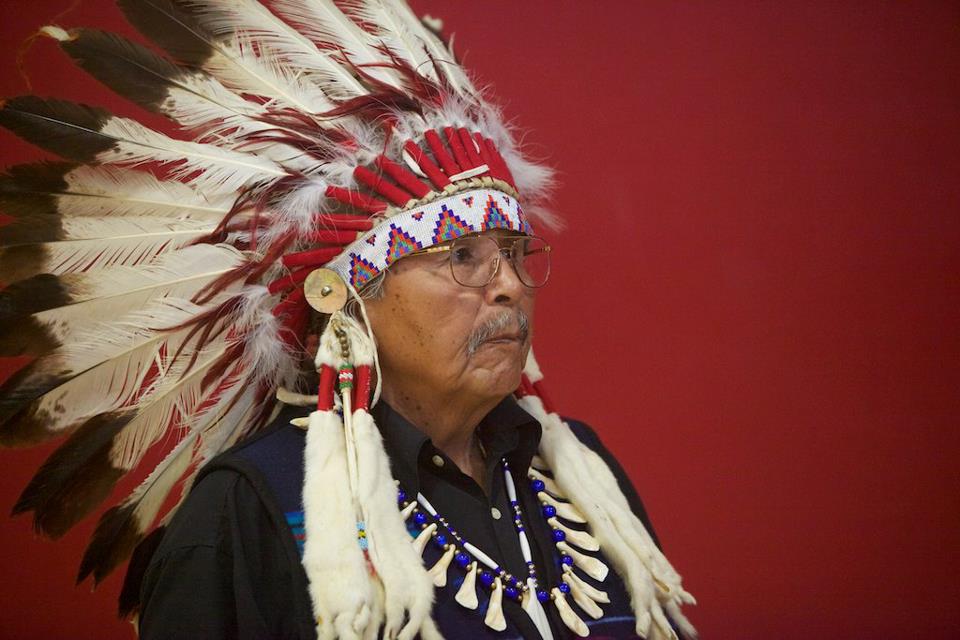 Carl Sampson, also known as Peo Peo Mox Mox (Yellowbird) and was the hereditary Chief of the Walla Walla Tribe, passed away November 15, 2017 in Pendleton, Oregon. Carl was born August 19, 1933 at Tutuilla Flats on the Umatilla Indian Reservation, Oregon. His parents were John and Carrie Abraham Sampson. He was married to Marian “Arleta” Sampson for 65 years and for the past many years were recognized as the longest married couple in the Pendleton Round-Up Indian Village.

Carl attended Pendleton High School and Chemawa Indian School in Salem. He served for many years on the Umatilla Tribe’s Board of Trustees and as the Chairman of the General Council. He was the Umatilla Tribe’s first Tribal Housing Manager, served on the Tribal Health Commission, Portland Area Indian Health Board, Umatilla Fish and Wildlife Committee, Healing Lodge of the Seven Nations, Hanford Advisory Board, and National Congress of American Indians. He also served in the United States Air Force.

He was a strong advocate, spokesman, and activist for protecting and honoring the Tribe’s 1855 treaty with the United States, protecting Mother Earth from environmental degradation and pollution, and promoting the Tribe’s cultural pride and educated many about Native people. He helped carry on the cultural traditions and ceremonies like the Mother’s Day root feast, huckleberry feasts, memorials, namings, funerals, and first food ceremonies for his people. He and his wife Arleta were big supporters of the Nixyaawii Community School and always were there to watch their children, grandchildren, and great-grand children in sports. He was a well known portrait artist and painter, making native drums, tribal regalia, and painting tepees. He enjoyed hunting and fishing, digging roots, picking huckleberries, and traditional dancing at pow wows with his family. As a young man he fished at Celilo Falls on the Columbia River. Over the many years, Carl and Arleta helped take care of over 30 of their grandchildren, nieces, nephews, and family members who needed their help.