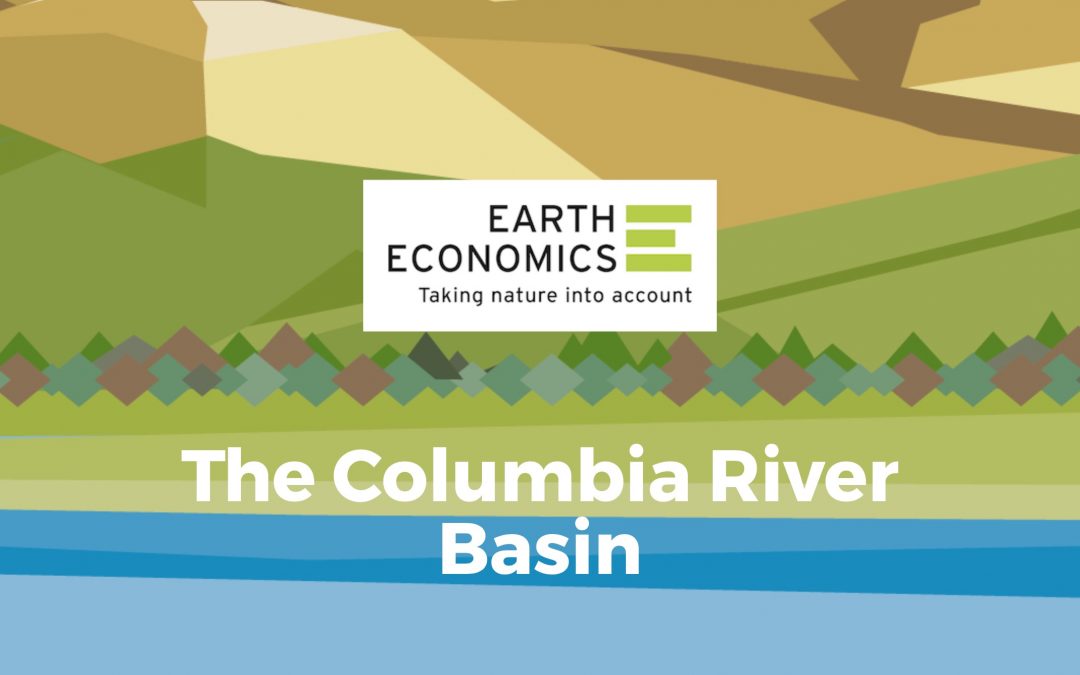 A new report shows that the Columbia River Basin’s natural capital provides $198 billion in value annually, in food, water, flood risk reduction, recreation, habitat, aesthetic and other benefits. At 258,000 square miles, the Columbia River Basin is the foundation for communities, fish and wildlife and economic activity from the headwaters in British Columbia, Wyoming and Nevada, through Idaho, Washington and Oregon and through coastal fisheries up to Southeast Alaska. Fifteen Columbia Basin Tribes and several non-governmental organizations (NGOs) contributed to and supported the development of this report.

The report also shows that modernizing dam management and increasing water flows in below average water years would enhance the basin’s natural capital value enhancing salmon runs. A modest 10% increase in ecosystem-based function would add $19 billion per year to the basin’s value. The report’s release comes at a critical time for the renegotiation of the Columbia River Treaty, which is due for an update in 2024.

“This report comes at a time when the region is poised to take a historic step to modernize the Columbia River Treaty,” stated Jaime A. Pinkham, Executive Director for the Columbia River Inter-Tribal Fish Commission. “There is vast potential for natural capital remaining in the Columbia River system. These findings tell negotiators that incorporating ecosystem based function into the Treaty will broaden and expand the economic benefits that can co-exist with flood control and energy production. We cannot afford to miss this opportunity.”

As it stands, the Treaty currently has only two primary goals: flood-risk management and hydropower generation. Tribes, NGOs, and other regional stakeholders are asking that a third goal, ecosystem-based function, be added to a modernized treaty. Ecosystem-based function is a concept introduced by the tribes during the development of the regional recommendation. It acknowledges what nature provides and peoples’ obligation to protect and nurture it.

“Updating the Columbia River Treaty to include ecosystem-based function and improving dam management would benefit everyone who lives in this sacred place. It would benefit our economy, our wildlife and our culture. It is our responsibility to present and future generations to make this happen for the benefit of all.” stated D.R. Michel, Executive Director of the Upper Columbia United Tribes.

According to the report conducted by Tacoma, WA-based non-profit Earth Economics, adding this provision to the Treaty would prove immensely valuable to the region.

The report clearly outlines both present and future natural resource values in economic terms that are useful to inform the integration of ecosystem values into a modernized Columbia River Treaty.

“The findings in this report provide ample evidence that improving the health of the Columbia River makes good economic sense,” said Greg Haller, Conservation Director for Pacific Rivers. “Those who say that the region spends too much on salmon recovery should read this report carefully. Changes in dam and reservoir operations to mimic seasonal flow patterns and reduce river temperatures will boost wild salmon populations significantly, thereby generating tremendous economic benefits for the region at very little cost.”

The Columbia River Basin is globally recognized for its natural capital of abundant watersheds and rivers, immense forests, wetlands, native vegetation, farms, diverse wildlife and diverse outdoor recreation opportunities. These assets have supported tribes and residents for millennia, but with industrial and urban development, the basin’s rich resources have been degraded. When assets, whether built or natural, are not managed sustainably, economic loss occurs.

Understanding and revitalizing the Columbia River Basin’s natural economic assets has been a key goal for Columbia Basin Tribes and residents.

An overview of the report and what it evaluated is available here. Download the full report at: https://ucut.org/habitat/value-natural-capital-columbia-river-basin/