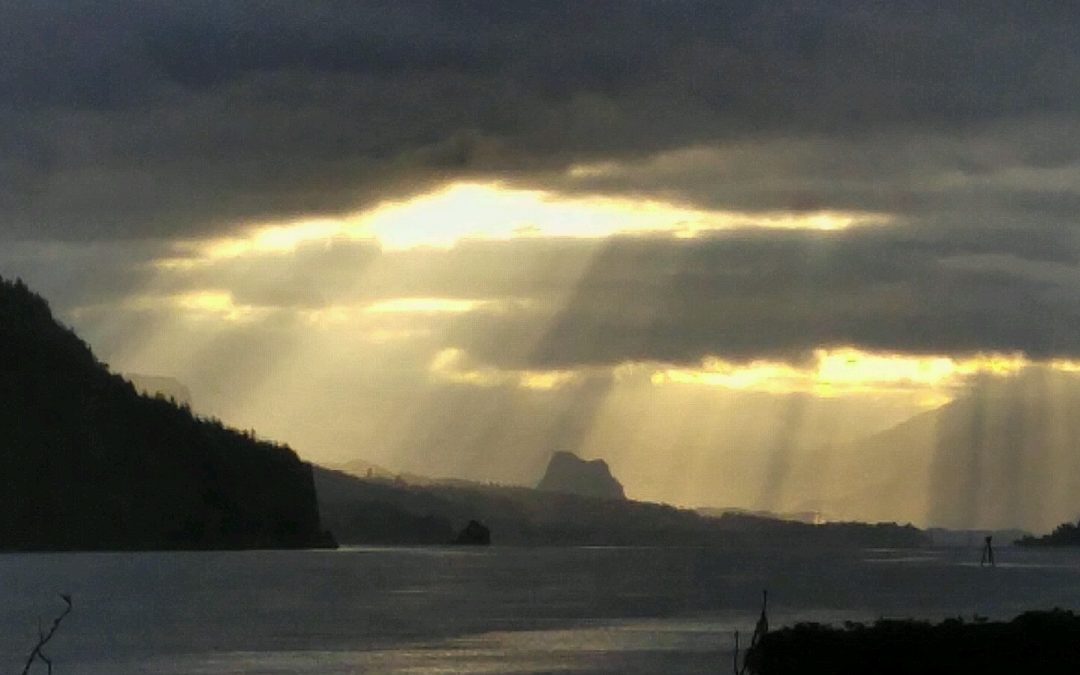 On Friday, April 7, 2017 a Columbia River Inter-Tribal Fish Commission four-member crew was conducting sea lion abundance counts in the lower Columbia River aboard the research vessel CRITFC 3 when it capsized near Multnomah Falls. Crewmember Greg George (56) was transported via Life Flight to Portland where he later died. A member of the Yakama Nation, Greg came from a well-known fishing family and had decades of experience on the river as both a fisher and research technician. He worked on a number of fisheries projects over the past 20 years for CRITFC, USGS, and the Pacific States Marine Fisheries Commission. His work at CRITFC included measuring gas bubble trauma in juvenile salmon, removing northern pike minnow, and evaluating sea lion predation on returning salmon in the lower Columbia River.

The other three crewmembers received care for mild hypothermia in area hospitals and were released later that day. The surviving crewmembers are Bobby Begay and Maria Jim, both Yakama Nation tribal members, and Tyler Simmons, a Umatilla tribal member.

Davis Washines, Yakama Nation General Council Chairman and retired Chief of CRITFC Enforcement met with CRITFC staff on Monday morning to reflect on the accident and honor Greg. “We are taught to always treat one another in a good way, because we never know when the Creator will call our name. One day, we can be talking and visiting with someone, and the next day they can be gone. Greg grew up as a Columbia River fisherman and worked over the past 20 years helping to restore and protect the salmon runs, which he was doing when this tragic accident happened. He loved the river and saw the importance of his job protecting salmon. We can now say that he truly dedicated his life to this effort. He worked for something important and this work goes on. We can pay tribute to his sacrifice and his honor by continuing to restore and protect our first food, salmon.”

The day started at 8:30am when the crew checked in with the Portland office and reported that the Columbia River just below Bonneville Dam was calm and that they were heading to Phoca Rock for their morning sea lion count. Phoca Rock is an outcropping in the river across from Bridle Veil Falls 13 miles downstream from Bonneville Dam. On their return, river conditions worsened and a large wave broke over the bow of the boat, capsizing it. The crewmembers were able to exit the cabin and held on to the capsized vessel until it sank. All were wearing flotation devices and were retrieved from the water by the Gresham Fire and Rescue team who were dispatched after receiving 911 calls.

The CRITFC 3 was a three-year-old, 26-foot research vessel that was equipped with twin-engines, a self-bailing deck, and the latest navigation and safety equipment.

“CRITFC and its member tribes mourn the loss of our colleague and our friend who was lost in this accident and give thanks for the safe return of the other three crew members,” said Leland Bill, Chairman of the Columbia River Inter-Tribal Fish Commission. “The crew captain showed true bravery and his actions prevented an even larger tragedy. The Columbia River offers many gifts but its power makes it dangerous, even for the most experienced.”

“We are overwhelmed by the community support and well-wishes from our state and federal partners as well as members of the public,” Chairman Bill continued. “We will be forever grateful to the first responders who were involved in the rescue effort and provided care to our crew.”