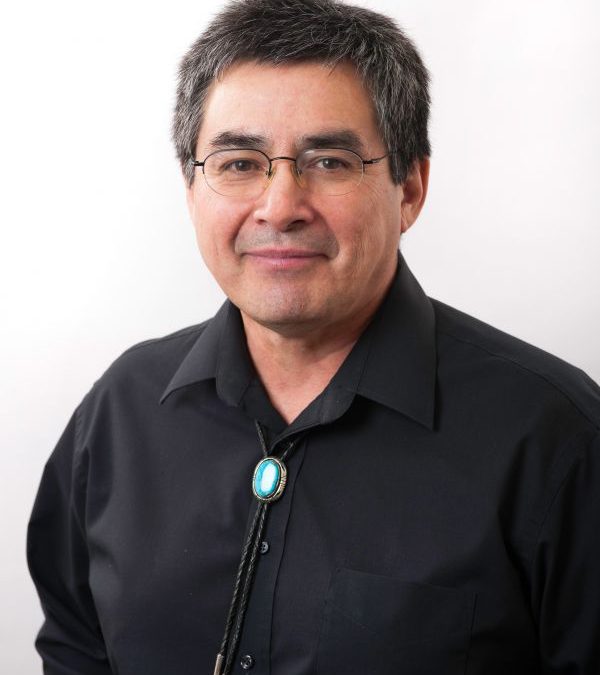 Jaime Pinkham, a member of the Nez Perce Tribe with more than three decades of experience in American Indian governance, policy, and natural resource management, is returning to the Columbia Basin to serve as the executive director of the Columbia River Inter-Tribal Fish Commission.

Leaders of CRITFC’s member tribes — the Warm Springs, Umatilla, Yakama, and Nez Perce tribes — selected Pinkham to become the tenth executive director in the Commission’s 40-year history after assessing a field of impressive candidates. He will take the reins at CRITFC on April 24.

“As a treaty fisher and hunter, I am humbled to work with the member tribes and CRITFC,” said Pinkham. “CRITFC plays an important role working at the intersection of each tribe’s individual autonomy and their unified voice. Healthy and harvestable salmon runs are fundamental to the sovereign identities and cultures of the four member tribes.”

Pinkham brings substantial Columbia Basin fisheries and natural resources experience coupled with strong tribal governance policy credentials. Pinkham has been serving as the vice president of the Bush Foundation in St. Paul, Minnesota for the past eight years where he led the Native Nations program that works with tribes across North Dakota, South Dakota, and Minnesota as they redesigned their governing systems. His work led to the creation of the Native Governance Center, a Native-led non-profit delivering technical support to tribes in government redesign.

Prior to that, Pinkham spent two decades in the Pacific Northwest advocating for tribal sovereignty, self-determination, and treaty rights. He worked for the Columbia River Inter-Tribal Fish Commission as Watershed Department Manager from 2005 to 2008, supporting the Commission in regional coordination and Congressional affairs. After graduating with a forestry degree from Oregon State University he worked for state and federal agencies before moving home to Nez Perce Country in 1990. During his time there, he held a variety of positions including being elected twice to the Nez Perce Tribal Executive Committee and led its natural resource programs engaging in salmon restoration, water rights negotiations, wolf recovery, and land acquisition.

Jaime has a passion for “wildness” which started with childhood experiences hunting and fishing in the backcountry with his father and grandfather. That love has landed him on various conservation boards over the years, and he currently serves on the Governing Council of The Wilderness Society, American Rivers Board of Directors, and Alaska Region Advisory Committee for the Yukon River Intertribal Watershed Council. He also serves on the Board of Trustees at Northland College, a private liberal arts college in Ashland, WI with a focus on the environment and sustainability. He is Chairman Emeritus for the American Indian Science and Engineering Society and Past President of the Intertribal Timber Council. He is also a former member of the Advisory Council for the Udall Center’s Native Nations Institute for Leadership, Management and Policy at the University of Arizona.

He received forestry degrees from Oregon State University and Peninsula College, and is a 1988 graduate of the Washington State Agriculture and Forestry Leadership Foundation’s leadership program. In 2007 he was honored as an OSU Alumni Fellow and also received an Outstanding Alumnus Award from OSU’s College of Forestry. He is a recipient of national awards from the Native American Fish and Wildlife Society and the Intertribal Timber Council for his service to tribal communities.

He is married to Tija Karklis, a dual U.S.-Latvian citizen who he met in the Yukon. He has two daughters and three grandchildren. He enjoys fishing, hunting, hiking and when he times his trips just right back home to Nez Perce Country, he can be found sitting around the drum singing the old songs in the old way.

“Jaime Pinkham’s decades of work on tribal sovereignty and natural resources stood out amid a strong field of candidates,” said CRITFC Chair Leland Bill. “We look forward to working with Jaime as we face a number of current issues that impact salmon and tribal treaty fishing rights including climate change, an altered federal government landscape, and the renegotiation of the Columbia River Treaty.”

Pinkham succeeds Paul Lumley, who served for eight years in the position before leaving to lead the Native American Youth and Family Association in Portland, Oregon last October. Rob Lothrop, interim executive director since Lumley’s departure, will continue in that capacity until Pinkham’s arrival.