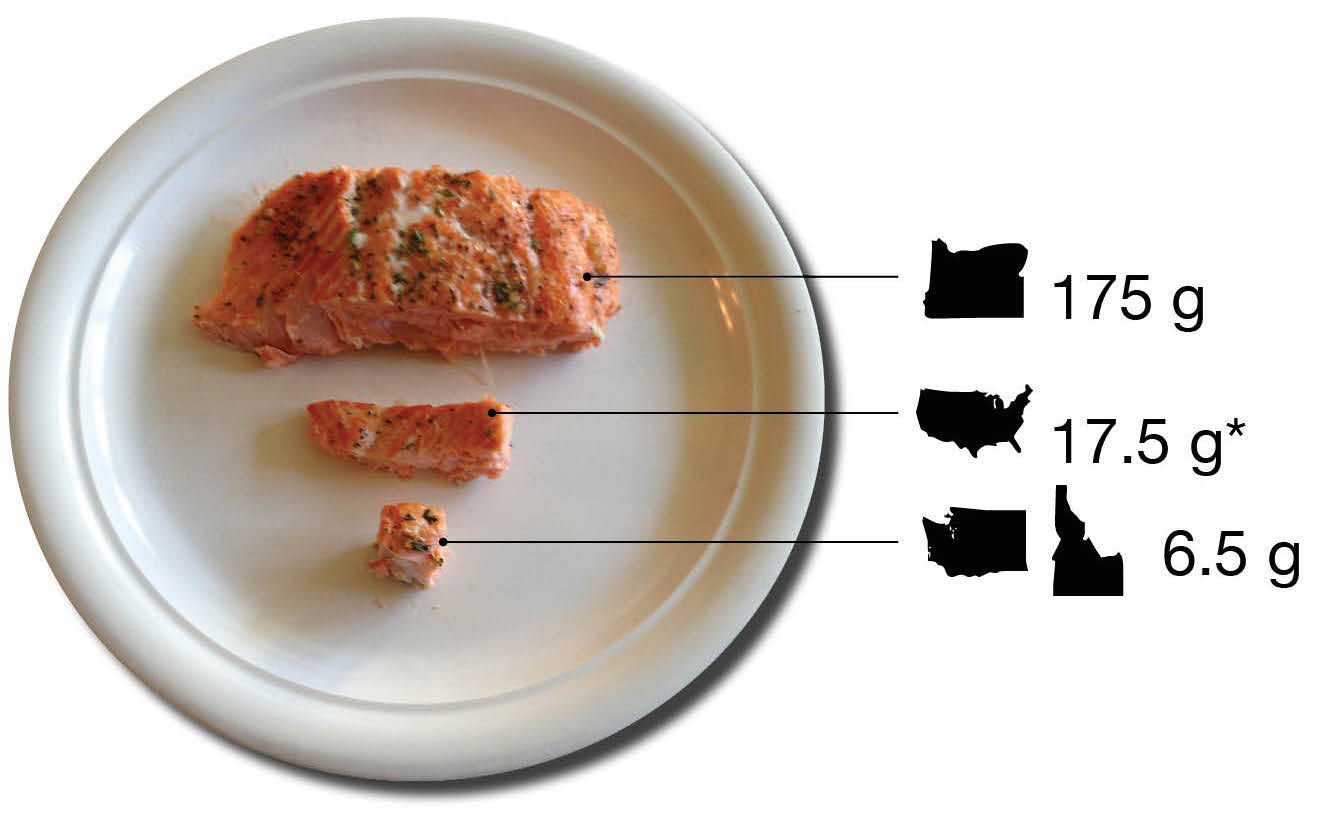 Both Washington and Idaho are moving forward to update their surface water quality standards.  These standards determine the “safe” level of pollution that industry and municipal wastewater treatment plants are allowed to discharge into streams and rivers of the state. The standards are based on several factors designed to protect human health from the effects of pollution. These factors include a fish consumption rate that represents how much fish residents of the state eat and a cancer risk level, which is the additional lifetime risk for developing cancer from being exposed to a pollutant. The fish consumption rate is an important factor because the more fish that people consume that contain toxic pollutants, the more they’re at risk for developing illnesses such as cancer and other diseases. What is considered safe for people who only eat one serving of fish per month might be very harmful to someone who eats one or more servings of fish every day. This in an important issue to the tribes, as tribal members generally eat much more fish than the general public, potentially exposing them to dangerous levels of toxics and putting them at a much greater risk of negative health effects. 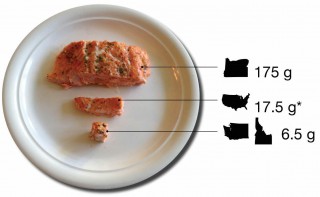 A portion of salmon equal to the daily fish consumption rate each state uses for its residents. The current daily amount for Washington and Idaho is about enough salmon to put on a cracker.

In January, Washington Department of Ecology released a proposed rule for updating the state’s water quality standards. Tribes in the state and CRITFC have submitted letters to Washington Department of Ecology that oppose the new rule because although it is using a higher fish consumption rate, the benefit of this is completely counteracted by allowing a higher cancer risk. In essence, these changes say that it’s ok for residents to eat ten times as much fish because the state is ok with the resulting ten-fold increase in cancer risk.

Because of Washington’s delays in moving forward with a revised rule, the EPA is preparing to set water quality standards for the state. It remains to be seen if Washington will consider tribal opinions and revise the new rule before it is submitted to EPA for final approval.