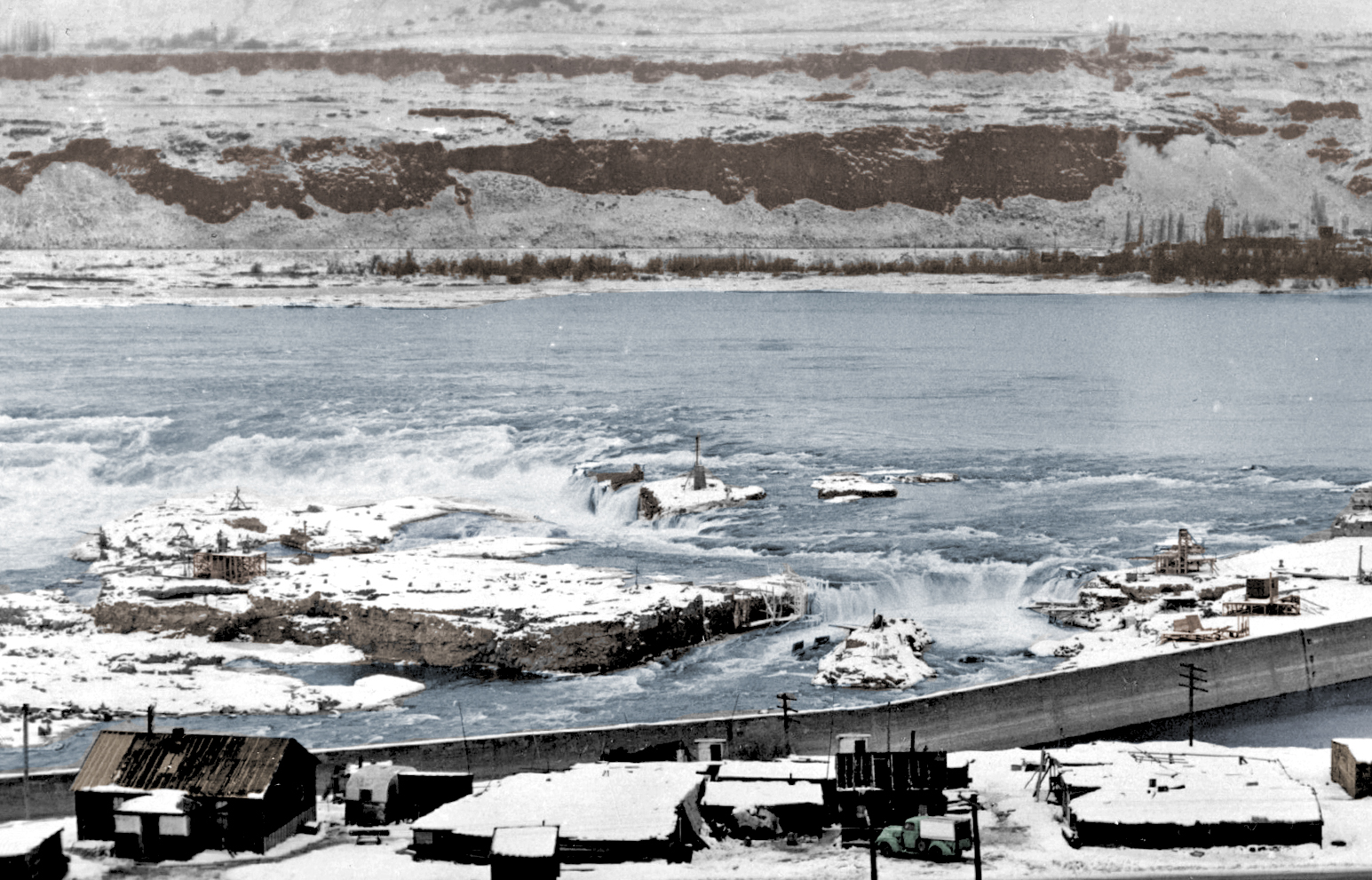 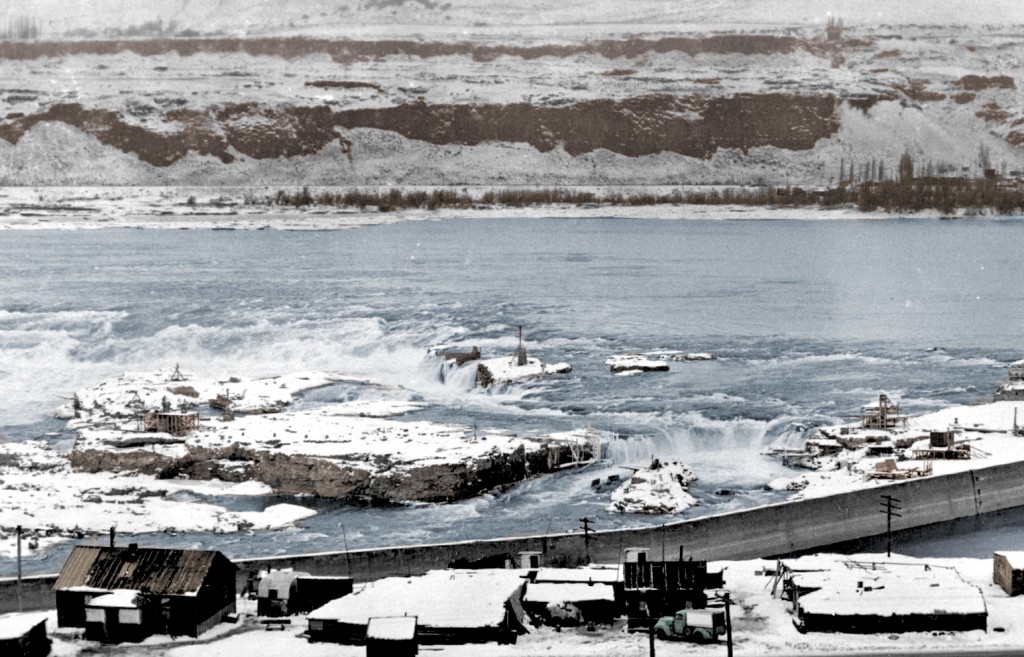 A snow-covered Celilo Falls. Photo circa 1940s and courtesy the National Archives.

A recent report from the US Army Corps of Engineers included a number of historical photos from along the Columbia River. Among them was this rare photograph of Celilo Falls during the winter. The photo was most likely taken in the late 1940s to early 1950s. (Photo from the National Archives; colorized by CRITFC.)