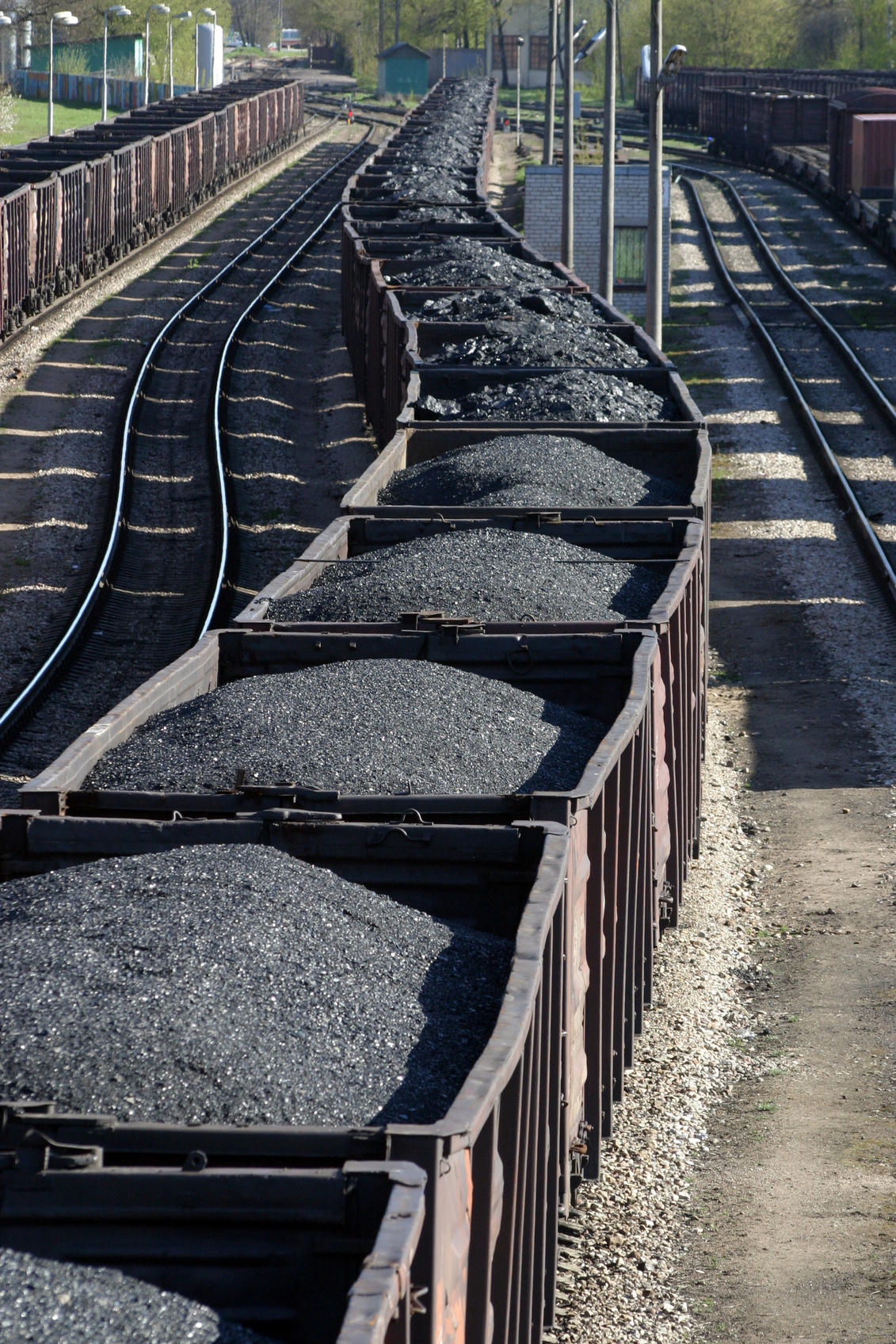 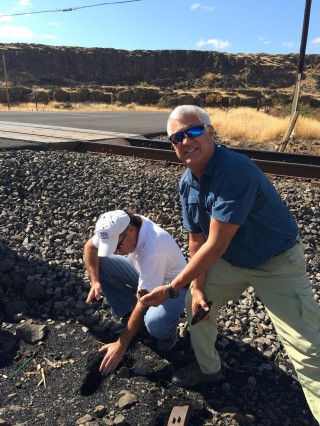 During the tour, Chip Smith (right), Assistant for Environment, Tribal and Regulatory Affairs, Office of Assistant Secretary for Army Civil Works; and JR Inglis, Corps of Engineers Tribal Liaison, Portland District, dug down to find the depth of the coal debris along the tracks. In some places, they found debris 4 to 6 inches deep.

On a tour of the Columbia River last month, CRITFC Executive Director Paul Lumley and Corps of Engineers representatives stopped at Columbia Hills State Park. Here they discovered a tremendous amount of coal and coal dust from trains that travel along the river there. The contamination is very serious, widespread, and much more than would be expected from the few trains that pass daily. 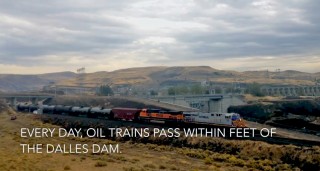 This oil train passing by The Dalles Dam was pulling 110 cars. It was over a mile long and was carrying 3.3 million gallons of crude oil.

CRITFC and the tribes are continually monitoring this situation and are actively working to protect the Columbia River and its fisheries from the dangers of high capacity fossil fuel transport.