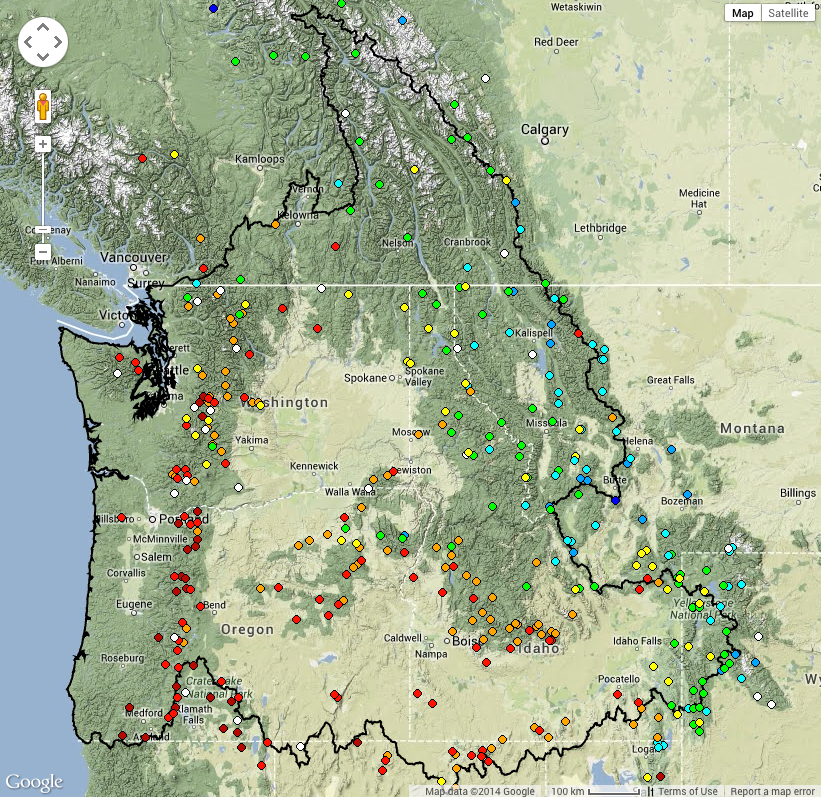 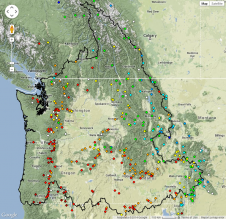 Normally the Pacific Northwest receives large volumes of snow and rain from October through March. The mountain snowpack is the source for spring-summer runoff that feeds the rivers.

What happens if that moisture does not come?  Less snowfall means less river water for fish during spring and summer. The figure to the right shows the current state of the region’s snowpack. The situation is poor, similar to the winter of 2000-2001.

Current climate and weather models are giving conflicting information. We are not in an El Niño pattern, which would deliver a very dry and warm winter to the Pacific Northwest, however the weather patterns are acting as though we are in an El Niño pattern. The very dry winter of 2000-2001 may have been partially caused by the peak of the 11-12 year sunspot cycle that year. We are now in a similar peak of the current sunspot cycle. The latest long-range NOAA climate forecast is calling for near-normal precipitation for the rest of winter and spring.