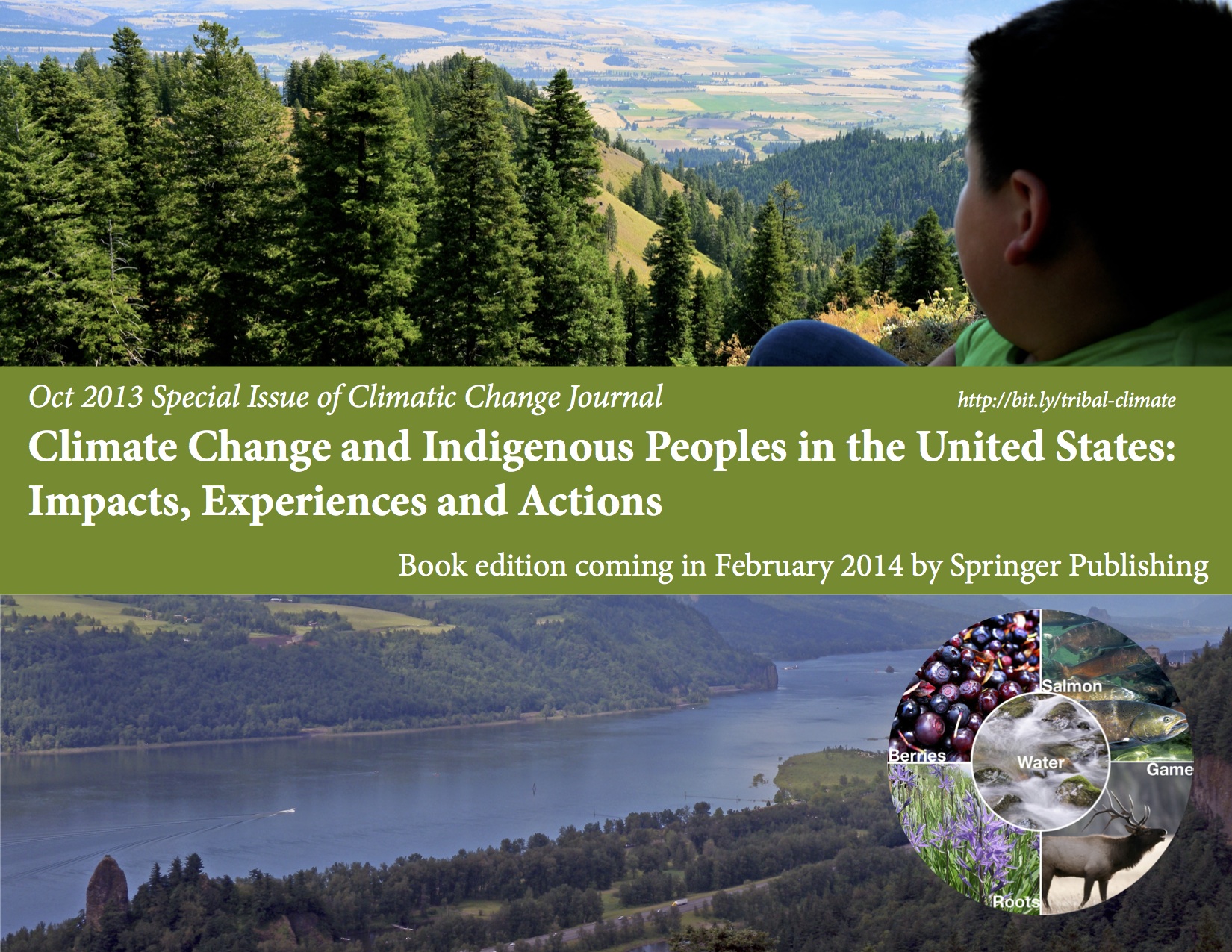 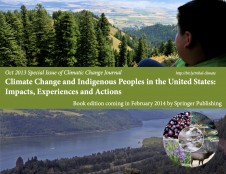 Some of the climate research CRITFC scientists have been conducting was selected for a special issue of Climatic Change Journal. The October 2013 issue of this peer-reviewed scientific journal was devoted exclusively to climate change impacts on indigenous communities across the United States. Over 50 authors contributed to this issue, representing tribal communities, academia, government agencies, and environmental organizations.

One of the CRITFC research projects featured in the issue is CRITFC hydrologist/meteorologist Kyle Dittmer’s study analyzing the last 100 years of Columbia River Basin river flow data. He focused on how much the rivers and streams on tribal lands have changed, primarily the amount of water flow and when the spring runoff begins. This research confirmed that the spring runoff has gotten earlier and earlier over the years. Warmer temperatures melt the snowpack earlier in the spring, impacting the temperature and amount of water that flows during the summer and fall when those salmon runs are migrating.

A sampling of the 32 basins that were studied to determine how much the start date of the spring runoff has shifted over the past century. The spring runoff of some mid-Columbia basins now comes more than an entire month earlier than it did 100 years ago.

Part of understanding what will happen in the future is to have a good idea of what how much the climate in the Columbia River Basin has already been altered. CRITFC has been studying the impacts of climate change on tribal lands for over a decade. An altered climate will affect all the tribes’ First Foods, however CRITFC’s primary concern has been to understand how salmon and the rivers on which they depend will be affected.

The tribes are among the voices calling for governments around the world to address climate change and try to if not reverse it, at least halt it. Until that happens, though, they are committed to researching the impacts to be able to provide tribal leaders with the best possible information as they decide how to best manage salmon recovery in a changing climate.