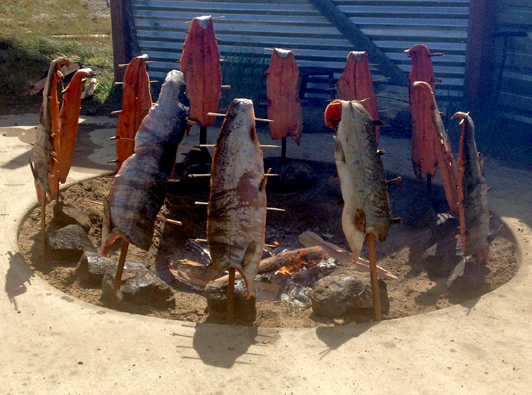 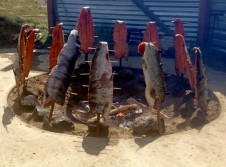 Last month saw the start of the Columbia River First Salmon feasts of the year, first in Lyle, then in Celilo the following week. This year, the fish have been slow coming and there have been low numbers of ceremonial fish available for the feasts. Despite this, though, the gatherings have gone on, just as they have for thousands of years.

To me, the feasts are a reminder of how truly blessed tribal people are to have salmon return each year to feed and provide for our physical and spiritual needs. They are also a reminder of the resilience of tribal culture, a culture that it is still strong and connected to the land that we call home.

In my meetings with state and federal agency representatives and officials, I often encourage them to take part in one of these ceremonies. Too often, in the day-to-day fights over the salmon as a resource, they can lose sight of the fact that the salmon are a gift. When non-Indians witness and take part in a First Salmon ceremony, they not only see how important these sacred fish are to the tribes, they see salmon and tribal people in a whole new light. The tribes do not have a monopoly on caring for and honoring the salmon. However, we’ve been doing it for a long time and have a lot of wisdom to share with the region on what we’ve learned.