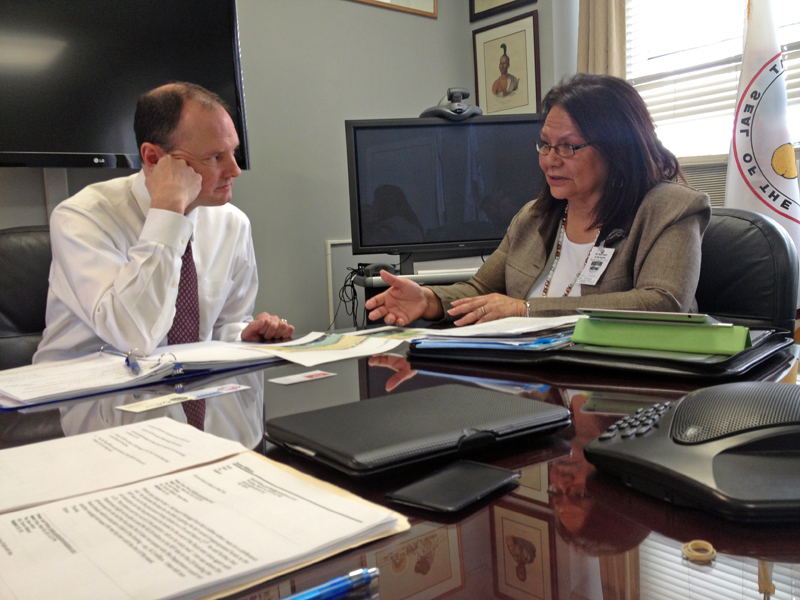 Government-to-government relations between the tribes and federal and state governments are an important function to protect tribal sovereignty as well as to ensure that the tribes expectations of how the governments fulfill their trust responsibilities are known to a wide range of government leaders. 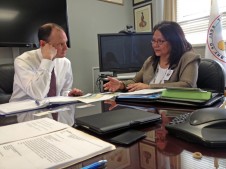 Several government-to-government meetings took place last month. At a recent meeting at the CRITFC Enforcement office in Hood River, US Attorney Amanda Marshall and her office met with Oregon tribal police chiefs. Among the meeting topics were the Violence Against Women Act (VAWA) and its application in Indian Country, the Oregon Tribal Law & Order Act, federal prosecutions, and BIA Special Law Enforcement Commissions (SLECs). Tribal representatives also travelled to Washington DC to meet with federal officials and elected representatives on a variety of issues. CRITFC Chairwoman N. Kathryn Brigham met with Assistant Secretary of Indian Affairs Kevin Washburn, where she explained why the tribes need the BIA to help manage the in-lieu and treaty fishing access sites and assist with tribal housing along the Columbia River.